The Luzern Photograph A Noir Thriller

LoveReading Expert Review of The Luzern Photograph A Noir Thriller

Best known for his New York detective Frank Janek series, Bayer is a writer's writer whose books have always shown an uncomfortable edge that has prevented him from attaining the fame he deserves. He has also written a couple of strange thrillers as David Hunt about a semi-blind photographer which accentuated his ease with awkward and disturbing themes and characters. His first novel in ages actually feels more like a David Hunt book as we follow, entranced, the parallel stories of a famous photograph showing the philosopher Nietzsche and muse Lou-Andreas Salome becomes a crux for the contemporary tale involving the murder of a West Coast BDSM domina and the involvement of a female performance artist who has inherited over the dead woman's apartment and some of her bizarre paraphernalia. Always on the edge, uncomfortable and never less than a seat of the pants read, this is modern art noir at its best.

In this fascinating psychological neo-noir mystery, a notorious late 19th-century photograph provides the key to a contemporary murder. In 1882, the young Lou Andreas-Salome, writer, psychoanalyst and femme fatale, appears with Friedrich Nietzche and another man in a bizarre photograph taken in Luzern, Switzerland. Over thirty years later, an intense art student in Freud's Vienna presents Lou Salome with his own drawing based on the infamous photograph. In the present day, Tess Berenson, a brilliant performance artist, moves into an art deco loft in downtown Oakland, California. Her new apartment, she learns, was vacated in a hurry by a professional dominatrix who used the name Chantal Desforges. Tess's curiosity about Chantal intensifies when her body is discovered in the trunk of a stolen car at Oakland airport. Embarking on an obsessive investigation into the murder, Tess discovers a link to the original Luzern photograph and the 1913 drawing - but as she gets closer to the shocking truth, Tess finds that she too is in jeopardy.

What To Read After The Luzern Photograph A Noir Thriller 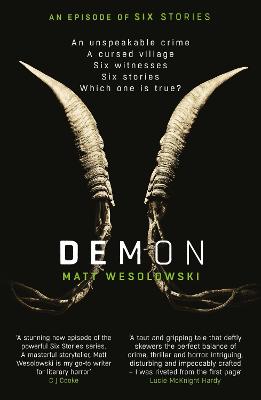 View All Books By William Bayer