The House at the Edge of the World

LoveReading View on The House at the Edge of the World

Shortlisted for the Desmond Elliott Prize 2016.

A wonderfully unconventional and thought-provoking read, where a mystery waiting to be solved shelters behind a penetrating and wryly emotional family tale. The first paragraph, short as it is, marks itself indelibly in your minds eye, it also encapsulates the detached and challenging personality of Morwenna, the narrator. The family from ‘The House at the Edge of the World’ hold ambivalent feelings towards each other and their home. As the story ponders the weight of family expectations it also peeks at the tricky complexity that is imagination versus recollection and how often the two blend into a murky uncertainty. Julia Rochester has a fascinating way with words, words to make you stop, think and consider, she captures your thought processes and then hurls them in an unexpected direction. This is an intelligent, discerning and surprising debut novel and deserves to be highly recommended. ~ Liz Robinson

Desmond Elliott Chair of judges Iain Pears said: “Rochester’s writing is quite wonderful – she is particularly strong on her sense of place. She brings the landscape to life just as she does her characters. We all felt we were with them at key points in the book.”

The House at the Edge of the World Synopsis

LONGLISTED FOR THE BAILEYS WOMEN'S PRIZE FOR FICTION 2016 Part mystery, part psychological drama, Julia Rochester's The House at the Edge of the World is a darkly comic, unorthodox and thrilling debut When I was eighteen, my father fell off a cliff. It was a stupid way to die. John Venton's drunken fall from a Devon cliff leaves his family with an embarrassing ghost. His twin children, Morwenna and Corwin, flee in separate directions to take up their adult lives. Their mother, enraged by years of unhappy marriage, embraces merry widowhood. Only their grandfather finds solace in the crumbling family house, endlessly painting their story onto a large canvas map. His brightly coloured map, with its tiny pictures of shipwrecks, forgotten houses, saints and devils, is a work of his imagination, a collection of local myths and histo-ries. But it holds a secret. As the twins are drawn grudgingly back to the house, they discover that their father's absence is part of the map's mysterious pull. The House at the Edge of the World is the compellingly told story of how family and home can be both a source of comfort and a wholly destructive force. Cutting to the undignified half-truths every family conceals, it asks the questions we all must confront: who are we responsible for and, ultimately, who do we belong to? 'Wonderfully crisp and funny, and so full of vivid, surprising images that the reader almost doesn't notice the moment that deep secrets begin to be revealed. I enjoyed this book so much' Emma Healey, bestselling author of Elizabeth is Missing

The House at the Edge of the World Press Reviews

'Intricate and involving, this is a writer to watch' -- Daily Mail

'A story that carries you along - clever plotting and a startling outcome. An impressive first novel' -- Penelope Lively

'Wonderfully crisp and funny, and so full of vivid, surprising images that the reader almost doesn't notice the moment that deep secrets begin to be revealed. I enjoyed this book so much' -- Emma Healey, author of 'Elizabeth is Missing

'The sheer intelligence and wit of the writing is often funny, but as the story deepens the emotions darken... This is a terrific debut - and like that unhappy image of father, turning in his spangled arc, it stays in the mind' -- Sunday Times

'The House at the Edge of the World is, like its narrator, funny, sharp and also terribly sad' -- Emerald Street

'An obviously gifted writer... its strength lies in the understanding of human behaviour that underlies the unexpected twists and turns, each one of which moves from romanticism to credibility in a bracing way, so that the book's charm resembles that of a building such as Brighton Pavilion: engagingly fantastic in appearance, but structurally sound' -- Diana Athill, Guardian

'A slippery tale of perception and manipulation... The text echoes of a thriller, though it is a character study in how much people can alter themselves to meet the wills of others; for marriage, family or the bond of twinship' Scotsman 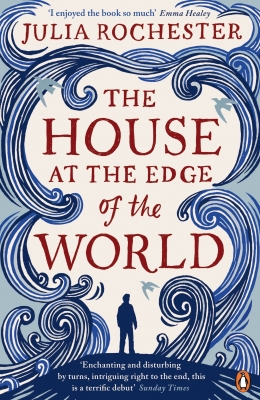 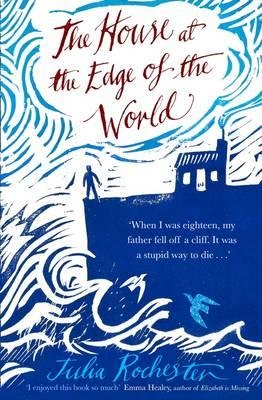 Julia Rochester grew up on the Exe Estuary in Devon. She studied in London, Berlin and Cambridge and has worked for the BBC Portuguese Service and for Amnesty International as Researcher on Brazil. She lives in London with her husband and daughter.   Author photo © Jochen Braun

View All Books By Julia Rochester