From her Sunday Times column Francesca Hornak has taken 100 columns highlighting iconic objects that any middle-class person would see as essential such as a Farrow and Ball sample pots to a Smeg fridge. There are some oddities along the way – ukuleles and dreamcatchers for two and if you read it from beginning to end it becomes a rather sad story of anxious folk on the wrong side of the work/life balance struggling to buy all their “stuff”. But - if you note the subtitle then we're all in on Francesca Hornak's joke, a very funny dig at modern life. ~ Sue Baker

Word on the Street: Ridiculous Things We've Overheard in London , Time Out Editors

Since Spring 2013, Francesca Hornak has been writing a hugely popular column in the Sunday Times Style section, 'History of the World in 100 Modern Objects'. Featuring a different iconic object each week, the column explores contemporary middle-class life through the objects we fetishise. Each column is a little vignette about a different character, such as Izzy, who's 26 and interns at Kelly Hoppen and gets into a spat with her flatmate about a twee Oliver Bonas cake stand, Nick, 40, who's considering the safety aspects of his children's bike trailer and remembering his old DJing days, and Philippa, 64, who's tussling with her Sky TV remote after her divorce. Funny, charming and sometimes poignant, each column is an evocative slice of modern life. The columns are accompanied by crisp, colourful illustrations by the illustrator James Joyce, which make the book into a design object itself.

Francesca Hornak is a journalist and writer, whose work has appeared in newspapers and magazines including The Sunday Times, The Guardian, Marie Claire, Red, Grazia and Stylist. Her column History of the World in 100 Modern Objects first appeared in The Sunday Times Style Magazine in 2013, and ran for 2 years. She lives in Islington, London and is currently working on her next book Worry with Mother. 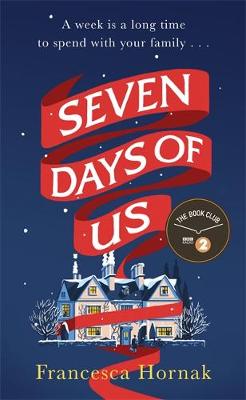 View All Books By Francesca Hornak