LoveReading View on Flood of Fire

A thrillingly realised and richly populated novel, imbued with a wealth of historical detail, suffused with the magic of place and plotted with verve.  It is difficult to know if this huge, sprawling novel would have quite the same appeal if you had not read the first two but I suspect you could probably dive into this as a complex historical adventure of India and China in the middle of the 19th century when the East India Company had great power.  It mostly revolves round opium.  Here four main characters relate the tale in different voices creating their own individual atmosphere, for the fans let me tell you they are Bhyro Singh’s secretary, his wife, his assistant and a soldier, Kesri Singh.  The story jumps from one strand to another for the first half of the book with some truly lovely cameo pieces, a joy.  It is also a beautiful novel in its own right, and a compelling conclusion to an epic and sweeping story - the bestselling Ibis trilogy from the author of Booker-shortlisted Sea of Poppies - it is nothing short of a masterpiece. ~ Sarah Broadhurst

It is 1839 and tension has been rapidly mounting between China and British India following the crackdown on opium smuggling by Beijing. With no resolution in sight, the colonial government declares war. One of the vessels requisitioned for the attack, the Hind, travels eastwards from Bengal to China, sailing into the midst of the First Opium War. The turbulent voyage brings together a diverse group of travellers, each with their own agenda to pursue. Among them is Kesri Singh, a sepoy in the East India Company who leads a company of Indian sepoys; Zachary Reid, an impoverished young sailor searching for his lost love, and Shireen Modi, a determined widow en route to China to reclaim her opium-trader husband's wealth and reputation.

'A masterpiece ... Flood of Fire is not just a work of literary imagination but also an exercise in deep and original historical reflection' Chris Clark, author of Sleepwalkers 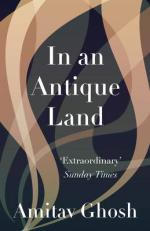