Another riveting insight into a world of hardship and crime, where family doesn't just matter, it means everything. The second book based on the true 'Tales of the Notorious Hudson Family’, almost feels as though it should have been the first, an introduction, an initiation to this curiously captivating family. Detailing the marriage of Annie and Reggie Hudson in 1919 and the birth of their thirteen children, you begin to understand what makes this family tick. Highlighting charismatic Charlie though his childhood into the 40’s and 50’s, you know that crime and violence is second nature to him, yet the author shows the inner core to this hulk of a man and it encourages compassion. Different emotions may battle one another as you read and it’s truly fascinating to see which comes out on top. ‘My Mam Shirley’, the third in the series, about the women who hold this family together, promises to be another enthralling read. The First book in the series is 'Our Vinnie'. ~ Liz Robinson

If you lived on the notorious Canterbury Estate in the '40s and '50s, then you knew there was one man you did not want to cross: Charlie Hudson. A solitary man, feared and respected by the gangsters of the time, Charlie was a boxer who never lost a fight, in or out of the ring - the most infamous of The Canterbury Warriors. My Uncle Charlie, the second title in the explosive series unravels a story of debauchery, crime and self-destruction. Charlie Hudson was a born leader. The eldest of eight brothers and four sisters and with a boxer for a father, fighting was in his blood. And as the young protege of local Italian gangster, Mr Cappovanni, Charlie not only learned to knock every opponent out, he also learned the tools of the crime and extortion trade well; emerging into adulthood in the middle of the war years as a natural heir: running cons, illegal books and a band of prostitutes. But when Charlie met Betty, a sweet, caring girl, he was determined to be a better man for her. He'd still deal with 'business' but no more would he bed his working girls, and the birth of their baby girl, Elizabeth, sealed it: he knew life could not get any better. But for a man who had only ever lived in the belly of the Canterbury Estate underworld, it could definitely get worse...Gritty and engrossing, book two of the Hudson family saga delves deeper into history of the infamous Canterbury Warriors; the true story of one man's ascendancy to power, and the tragedy that brought it all crashing down.

What To Read After My Uncle Charlie 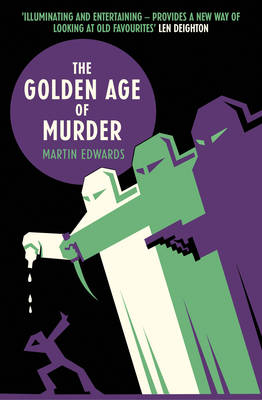 In addition to our Lovereading expert opinion some of our Reader Review Panel were also lucky enough to read and review the first title in this series, Our Vinnie.

My name is Julie Shaw, and my father, Keith, is the only surviving member of the 13 Hudson siblings, born to Annie and Reggie Hudson on the infamous Canterbury Estate in Bradford. We were and are a very close family, even though there were so many of us, and those of us who are left always will be. I wanted to write these stories as a tribute to my parents and family. The stories are all based on the truth but, as I’m sure you’ll understand, I’ve had to disguise some identities and facts to ...

View All Books By Julie Shaw