LoveReading View on The Secret Place

A stunning murder mystery, yes, Tana French has awards that say so, but as with all her novels it is so much more.  An exploration of friendship, the deep do-or-die kind, and an intricate peek into the teenage psyche, a forgotten world for many of us.  It steps right up to the cusp of the supernatural, it draws you in and sweeps you along.  Told partly in first person by Stephen Moron, who we know from a previous book (which you do not have to read to enjoy this) and partly as the narrative of what happened the year before, the events lead slowly and inevitably to a killing.  It is a beautiful book, a compelling book, an amazing book.  And check out her others; they’re amazing too.

'A Piece of Passion' from the publisher...

‘I know who killed him.’ Could these few words, posted on a notice board in an exclusive girls’ boarding school, be Detective Stephen Moran’s passport to the Murder Squad? Moran is about to be plunged into the single most intense and nerve-shredding day of his life, investigating the story of a boy whose murder has been unsolved for a year, and a group of girls on the verge of womanhood, who all seem to have something to hide. “Tana French is already acclaimed as one of the best crime writers in the world. Praised by authors like Ian Rankin, Harlan Coben, Kate Mosse and Sophie Hannah, Tana has won prizes like the Edgar and her books have been bestsellers around the world. Yet from the moment we first read The Secret Place, we knew this book was special. It’s a book that will truly make the hairs on the back of your neck stand up. The ripples of sheer excitement have spread through the publishing house and whilst we will be working to make this the book of the year, at the heart of everything will be the wonderful experience of reading, which we now invite you to share. This is a murder mystery you will be desperate to solve.”  - Nick Sayers, Fiction Publisher, Hodder & Stoughton

The photo shows a boy who was murdered a year ago. The caption says, 'I KNOW WHO KILLED HIM'. Detective Stephen Moran hasn't seen Holly Mackey since she was a nine-year-old witness to the events of Faithful Place. Now she's sixteen and she's shown up outside his squad room, with a photograph and a story. Even in her exclusive boarding school, in the graceful golden world that Stephen has always longed for, bad things happen and people have secrets. The previous year, Christopher Harper, from the neighbouring boys' school, was found murdered on the grounds. And today, in the Secret Place - the school noticeboard where girls can pin up their secrets anonymously - Holly found the card. Solving this case could take Stephen onto the Murder squad. But to get it solved, he will have to work with Detective Antoinette Conway - tough, prickly, an outsider, everything Stephen doesn't want in a partner. And he will have to find a way into the strange, charged, mysterious world that Holly and her three closest friends inhabit and disentangle the truth from their knot of secrets, even as he starts to suspect that the truth might be something he doesn't want to hear.

Stephen King knows who killed him.
'It's terrific - terrifying, amazing, and the prose is incandescent'

Kate Mosse knows who killed him.
‘Gripping and ingenious.' 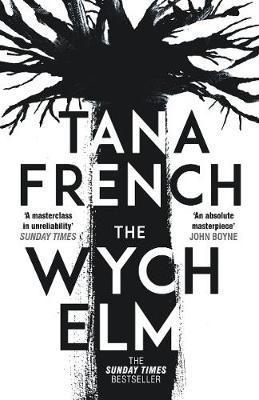