LoveReading Expert Review of The Wall

This is the sort of book that sends shivers down your spine so disturbing is it.  It tells of a wall that divides a city, the Jews on one side, the Arabs on the other.  A 13-year old boy discovers a tunnel under the wall and cannot resist exploring.  Once should be enough but he returns three times and my heart was in my mouth each time.  This is powerful stuff, a wonderful and important book that should be read by all.

A moving and thought-provoking story which will encourage readers to question divisions in society. Joshua lives safely on one side of the Wall. When he finds a tunnel under the Wall he can’t help wanting to explore. Meeting a family on the other side reveals to him what the Wall hides and makes him question all he has previously been told. Joshua learns the enormity of living under repression as well as what kindness, despite its attendant dangers, really means. He also learns how nature can heal other ills as he sets out on his own journey of discovery.

The Wall is a novel about a boy who undertakes a short journey to another world, to a place where everything he knows about loyalty, identity and justice is turned upside down. It is also a political fable that powerfully evokes the realities of life on the West Bank, telling the story of a Settler child who finds there are two sides to every story.

Joshua is a troubled boy who lives with his mother and stepfather in a divided city, where a wall and soldiers separate two communities, and the rubble-strewn residue of their broken world gives hints of the old life before the wall was built. Joshua discovers a manhole, which leads to a tunnel, which leads in pitch darkness under the wall and across to the other side. Forbidden territory, dangerous territory, violent territory, which a boy like him - visibly different - shouldn't stray into. An act of kindness from a girl saves his life, but leads to a brutal act of cruelty and a terrible debt he's determined to repay. And no one, no one must find out that he's been there - or the consequences will be unbearable.

What To Read After The Wall 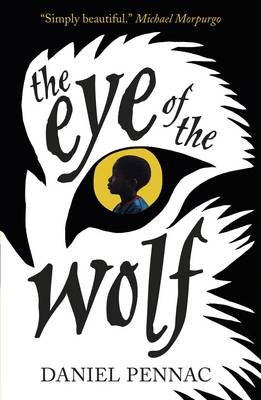 A bold and important novel. Whatever your views of Israel and Palestine, reading The Wall - a moving portrait of private pain and tragic conflict - will make you think again A. D. Miller (author of Snowdrops)

A work with a lot of backbone, story writing skill, verve and integrity. A novel that is about justice and peace, and against colonialism and war ... a great achievement Raja Shehadeh

Startling and captivating ... This is not a novel of woolly moral equivalencies or easy solutions, but one that believes in empathy and redemption - and gives them a powerful heart -- Kamila Shamsie Guardian

A stylistic and thematic departure for Sutcliffe ... In The Wall, Sutcliffe successfully creates a world which is part parable, part classic children's tale -- David Stenhouse Scotland on Sunday

William Sutcliffe employs all this rites-of-passage symbolism with a very light touch, and crafts his novel with sustained suspense ... It makes for fast-paced, exciting reading ... The end is inspiring, delivering the spine chill that a good novel should, but in no way idealised -- Robin Yassin-Kassab Independent

Sutcliffe has an acute ear for dialogue, and the family conflicts are convincingly evoked ... An impressive piece of fiction - for adult or young readers -- Tom Sperlinger Times Literary Supplement

A novel for all ages that is full of heart, hope and humanity. A terrific achievement Financial Times

A disturbing and thought-provoking book which simmers with heat, anger and fear Independent on Sunday

A powerful tale of a divided city The Bookseller 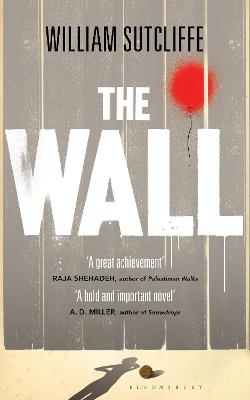 William Sutcliffe was born in 1971 in London. He is the author of the novels, New Boy, Are You Experienced? and The Love Hexagon, and has been translated into eleven languages.