The thrilling follow-up to the award-winning Cracks, Fragments is a taut, suspenseful and fast-paced thriller set in a near future Britain in which the authorities want to crush Kyla's very freedom and brainwash her in order to tap into her immense talents both physical and mental. Kyla has other ideas of course and will stop at nothing to get to the truth.  If you loved Hunger Games and are yearning for something special to read then Cracks followed by Fragments are not to be missed.

In a paranoid, near-future Britain, Kyla hides out from the oppressive authorities, but even she can't avoid the ruthless Counterinsurgency and Anti-Terror Squads, known as CATS. But instead of capturing her, the CATS cut her a deal. They want to brainwash Kyla, and use the talents that make her elusive - her athletic ability, cunning and quick-thinking - to turn her into a valuable asset of their own ...hunting down the very people fighting for her freedom. Will Kyla wake up to the real truth? Or will she be trapped forever in a terrifying world?

“Beautifully crafted, fast-paced thriller in which nothing is as it seems.” – The Independent

“If you devoured The Hunger Games this will hit the spot.” – The Times

“Gripping, impossible to put down. Green cranks up the tension with every page.” – LA
Weatherly

“Caroline Green's thriller is taut and suspense-packed right up to the last page.” – Financial
Times

Caroline Green is an experienced freelance journalist who has written stories since she was a little girl. She vividly remembers a family walk when she was ten years old when she was so preoccupied with thoughts of her new ‘series’ that she almost walked into a tree.Caroline’s stories tend to grow from a particular atmosphere, in the case of Dark Ride, it was the image of a grotty and unloved seaside town in the middle of winter, where a lonely boy sat hunched on a bench, staring out to sea . . .Caroline is a self-confessed ‘... 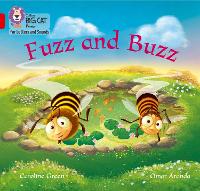 View All Books By Caroline Green