There’s Something About a Debut 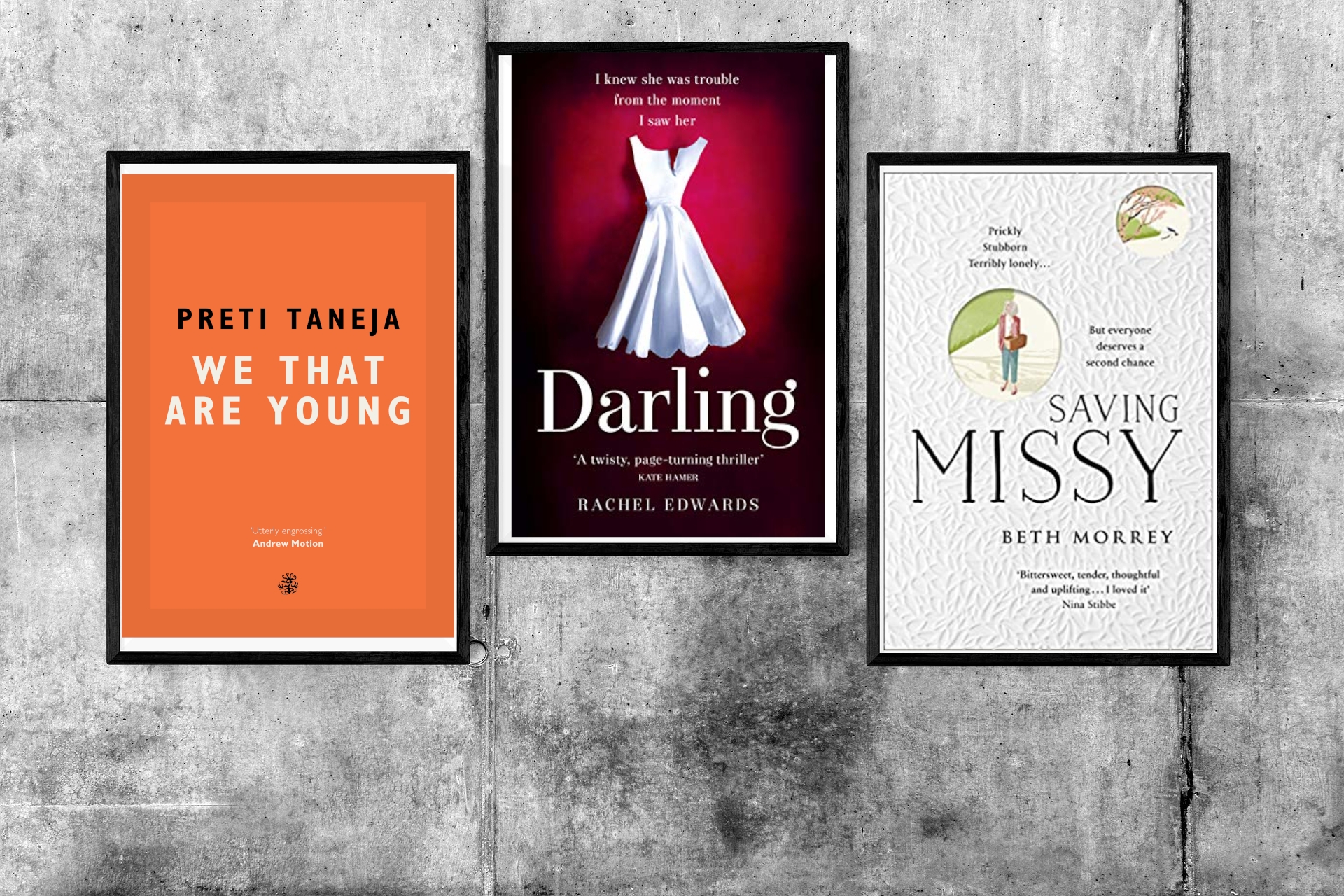 It’s rather special when you realise you are reading a truly fabulous debut. You could be discovering an author that you’ll turn to again and again, or a great new series that you’ll be haunting the book aisles for each year. In 2014 when I first started working for LoveReading, Rene Denfeld hit my booky antenna with The Enchanted, and Sarah Hilary’s DI Marnie Rome got off to a blistering start with Someone Else’s Skin. In 2017 I fell deeply in love with the Desmond Elliott shortlisted My Name is Leon by Kit de Waal. Each author has cropped up on the Liz Picks list since. Recently, Chris Hauty’s Deep State hit me hard, and I’m already looking forward to his next book which he is currently teasing us about on Twitter.

At LoveReading we have always taken delight in celebrating debut authors. The team has previously been involved as judges for the Crime Writers’ Association John Creasy New Blood Dagger, and we have loved reading the Desmond Elliott Prize lists over the years. Since we started our LoveReading Very Short Story Awards in 2018, one of our guest judges has been a debut author. Preti Taneja joined us in 2018 after her powerful novel We That Are Young left us reeling and Rachel Edwards in 2019 when the provocative Darling sliced into our thoughts. This year, for 2020, we are thrilled that Beth Morrey, author of the gorgeous Saving Missy will be joining us.

As previous judges of our LoveReading Very Short Story Award, we have asked Preti and Rachel to tell us a little more about their debut journey.

Preti Taneja - author of We That Are Young, winner of the Desmond Elliott Prize 2018 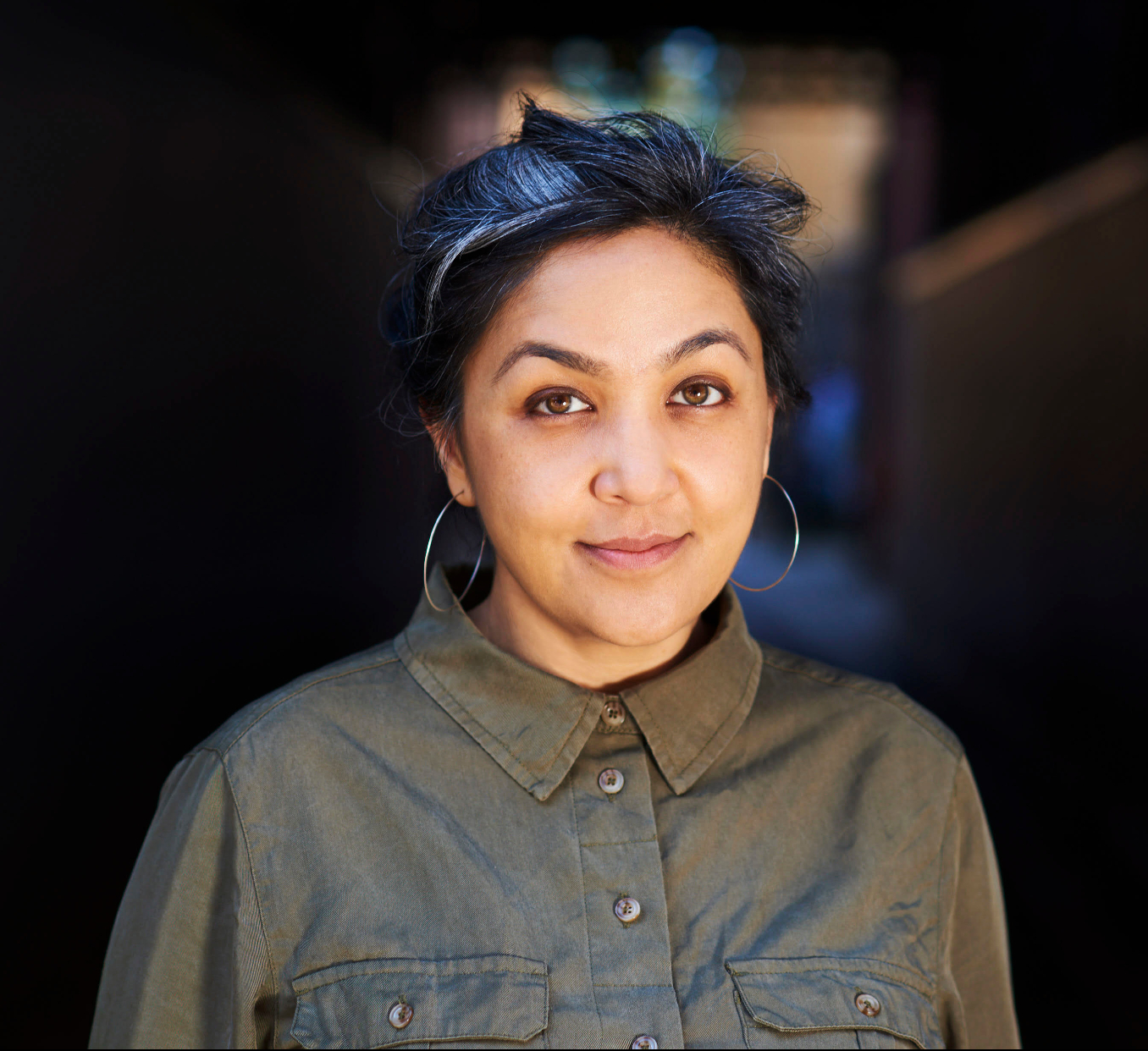 “Writing an outstanding debut novel takes a lot of skill; you have to be confident in your choice of how to tell the story, why it must be told that way. You have to bring every bit of that skill to bear so your prose generates deep feeling in the reader, seemingly effortlessly. We That Are Young, reads very raw, but that wildness, coupled with a very elevated prose register was a long time in the making.

This year I am chairing the judges for the Desmond Elliott Prize, the UK's most prestigious prize for debut novelists. The Prize shortlist is unusual in that only three books get selected, so it's very competitive. I was looking for novels that have that mysterious confidence, and sustain it from beginning to end. Books I can't stop thinking about because they have a quality that transcends from nuts and bolts to something lasting and unforgettable. The three books on the 2020 shortlist all do this in different ways. The Private Joys of Nnenna Maloney by Okechukwu Nzelu isn't my usual read, but it just stole my heart straight away. It's a mother-daughter story, with the particularities of a young mixed race British girl and her single mother, both just trying their best. Abi Daré's The Girl With The Louding Voice is a real tour de force of language play - it is advocacy as fiction really, and will inspire a lot of women. Derek Owusu's That Reminds Me is a book so intense and compressed, so full of beauty and pain; his writing style left me in awe. It's rare to read a writer put so much craft into such a short book and have it all come together with such impact. 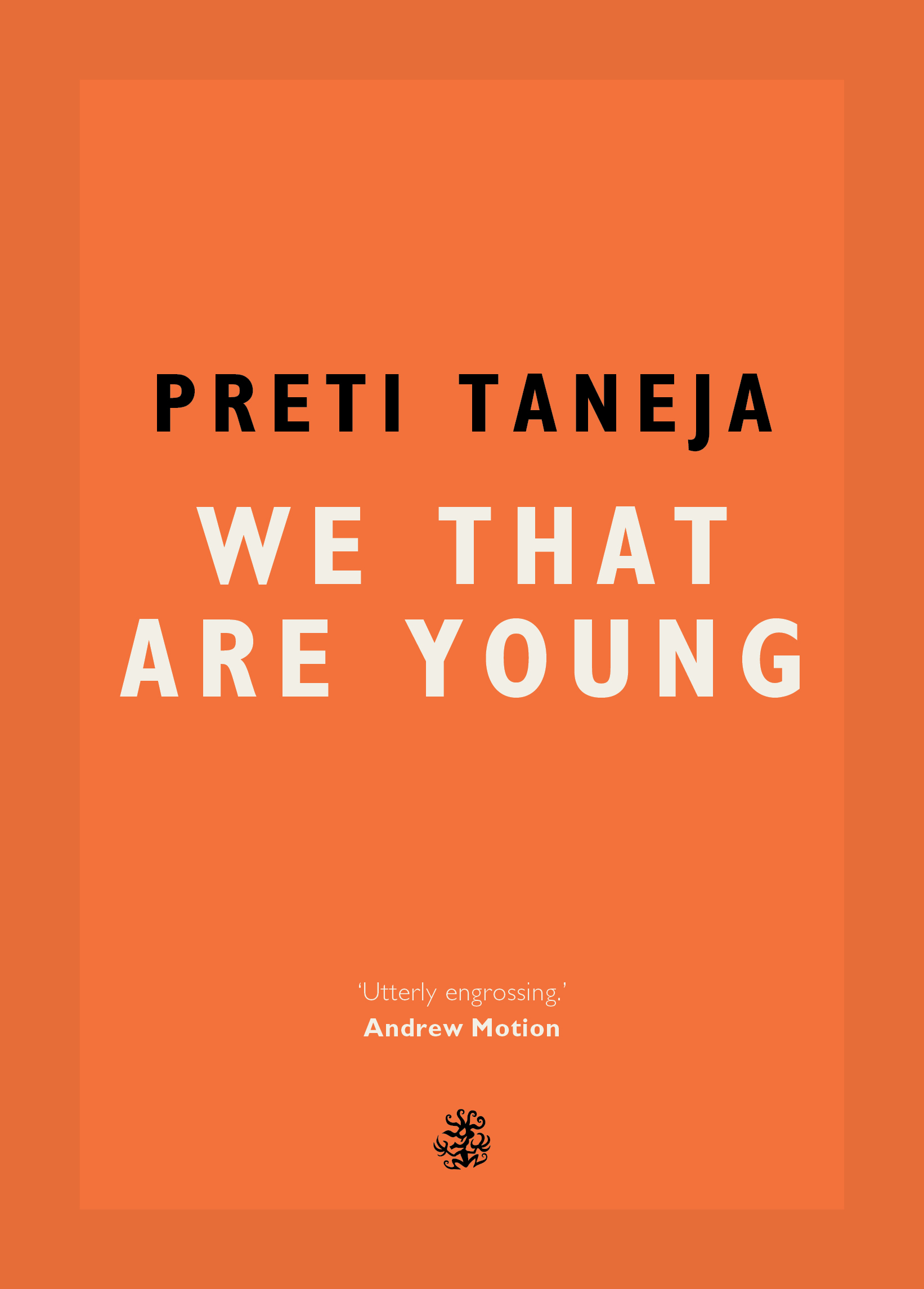 I have many happy memories of the early days of my own book being published. One of my favourites was my first review in The Sunday Times. There was a sense of fulfilment and gratitude, that a book that is essentially a translation of Shakespeare's King Lear to the corrupt power of Modi's India, was being critically considered with such close attention to what I was trying to achieve, particularly in terms of linguistic engagement with the play. It was a dream review, which justified the seven years it took me to find a publisher, and the faith and work my small press (Galley Beggar Press) had put into it with me.  Anything can happen to a book, but for debut writers, maybe the first review is the one that always matters most”. 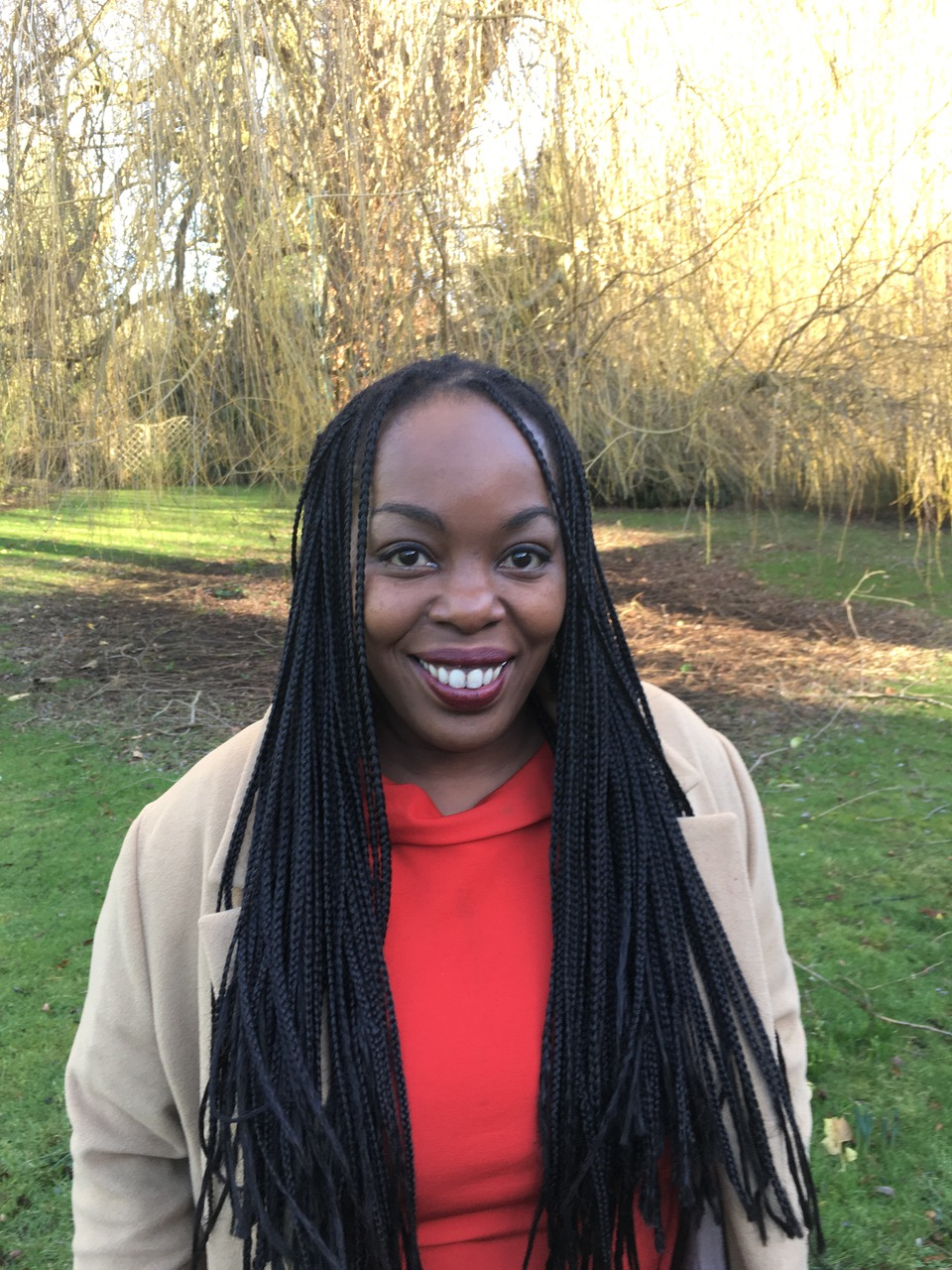 “My debut novel, Darling, poured out of me in a torrent of excitement and hope and righteous anger: a year of writing starting from the weekend of the June 2016 Brexit vote. It was such a febrile time and writing a debut novel with two very different first-person narratives — those of Darling, the black British nurse, and her 16-year-old stepdaughter, Lola — heightened the intensity of that polarised period for me. I was set on writing a debut about the issues that mattered to me most, and then, as now, racism and the rise of the Far Right, as well the challenge of being a stepmother or stepdaughter, struck me as important issues that I wanted to discuss in the most engaging way possible. Sadly, racism continues to be a highly relevant and critical subject, with everything that has happened in 2020, as well as long before. 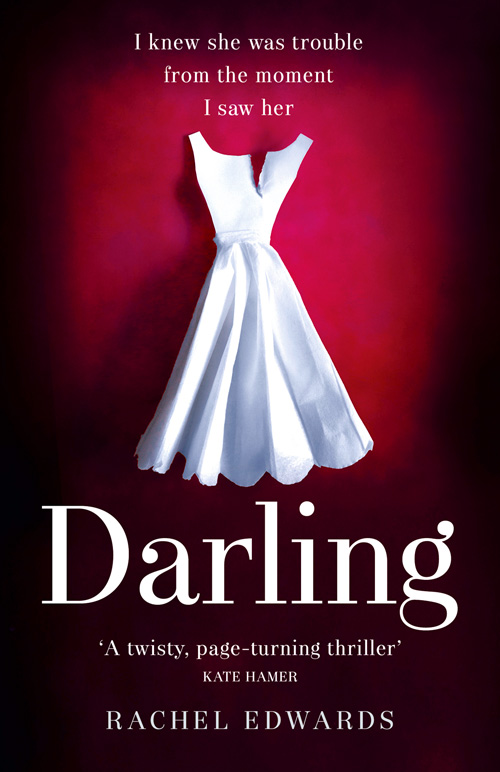 When I published Darling, I was amazed at the way that my publisher, 4th Estate, an imprint of HarperCollins, really got behind me in every way. The closeness of the author-editor relationship was a revelation, and a joy, but the whole publishing team has supported me in such a way that I still feel proud and buoyed up two years after Darling launched in May 2018.

There are so many memories from around that time! Holding the first gorgeous proof in my hand, my first ever event, not dying of nerves at a 4th Estate Literary Salon which saw me onstage with Imogen Hermes Gowar, a fantastic family photoshoot for the Guardian, rocking up at the BBC for my first Woman's Hour interview… But I will never forget the launch itself, when, after a lifetime of dreaming of becoming an author, it finally happened. I was standing in Daunts, in a very pink DvF dress, raising a glass with loved ones and expressing my deep gratitude and joy in a speech of thanks to family, friends and my publishing team. It was such a happy event”.

We thought we should do a little more to highlight debuts to you. We of course have our Debuts of the Month, but you might like to be able to easily search for all the debuts we have loved on the site. So, under the Fiction heading, you can now find the title of Debuts. Each debut that we adore will be added to this list. It will be interesting to see how the authors take off and fly. 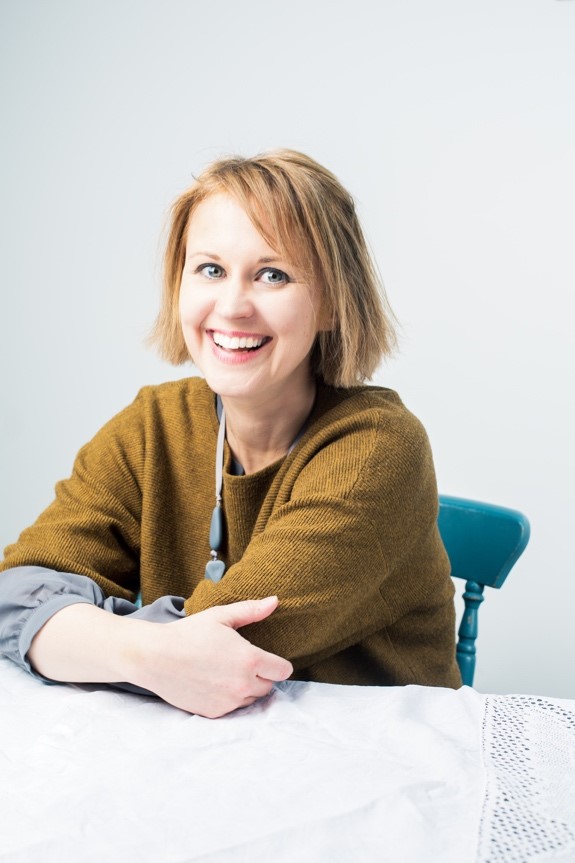 I’ve spoken to a fair few debut authors over the years, and one thing is constant, there is always a completely different story as to how their books reached publication. Some authors will have spent years writing in-between work before attempting to be published, others will take time out and fully concentrate on writing. One may have poured their heart into ten books before finding an agent, while another will have met theirs on first attempt. So, when our Managing Director Deborah suggested we have a new LoveReading Blog Feature highlighting debut authors, I jumped at the chance. Starting in July, we will focus on a debut author every other month...click below to read their fascinating stories to getting published!