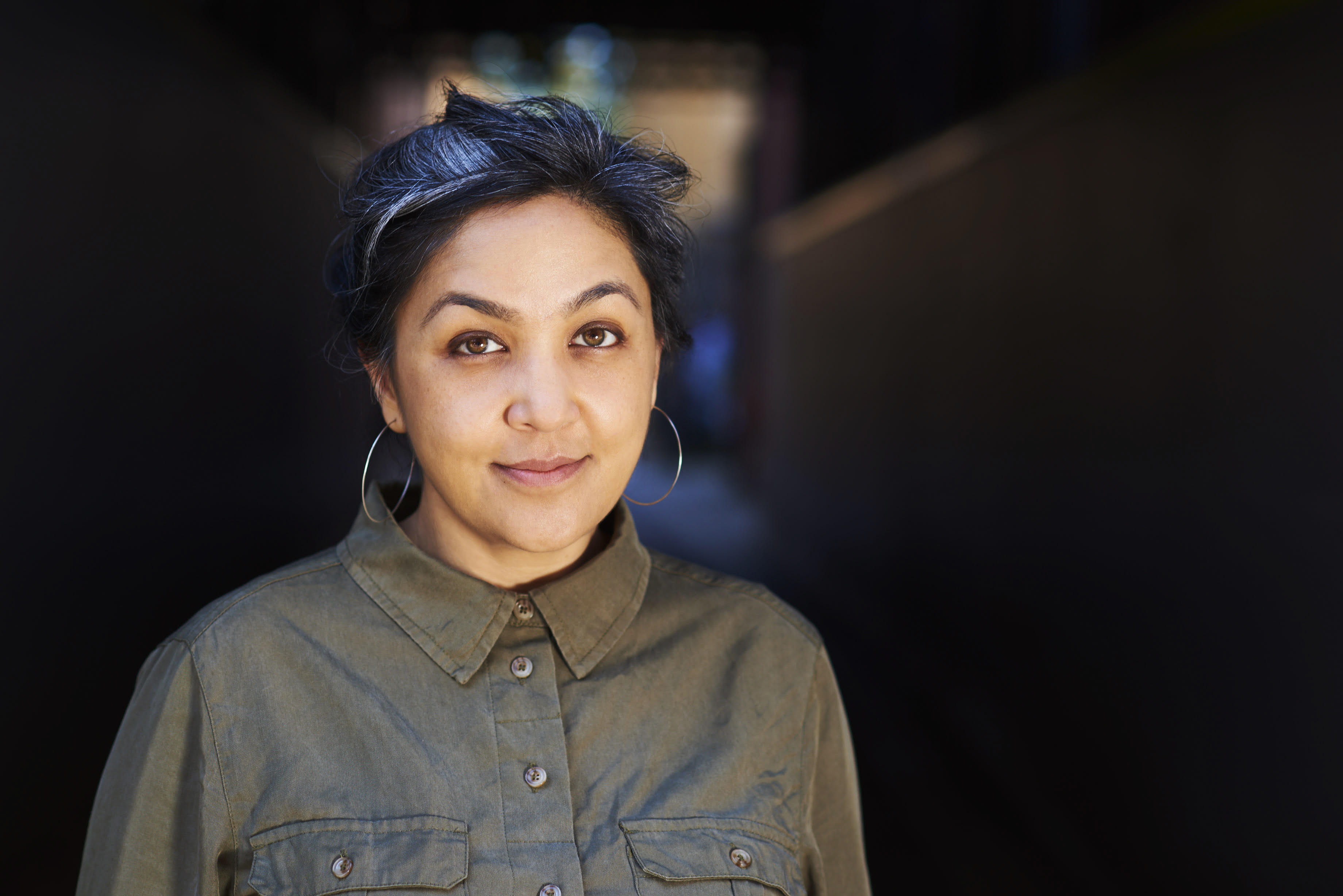 Author Preti Taneja features in our December Industry Insight blog post, I’m fascinated by her replies, and her beautifully succinct answer to the last question has really touched me. Preti has worked as a human rights reporter, she co-founded ERA films and Visual Verse, she teaches writing in prisons, and is one of the judges for our LoveReading Very Short Story Award. Preti’s outstanding debut novel We That Are Young won the Desmond Elliot Prize, it is a heady, fiercely beautiful read and quite simply blew me away.

When were you first aware that it was possible to transform a blank page into something magical?

My mother was a brilliant storyteller and used to make up stories featuring my sister, my cousins and me when we were children. Sometimes she wrote them down but she was actually a cookery writer, and I remember watching her develop recipes in our kitchen and then go to her study to work on her books. Finished books then arrived! There was magic in that process because they came from her.

Tell us about your writing journey so far.

By the time I was 30 I had a demanding job in human rights advocacy that I loved, but the work environment wasn’t very positive. I realised had to stop just talking about wanting to be a fiction writer, and actually do something about it. I took a night class to get a portfolio of stories together to apply part time for an MA in Creative Writing, and I did it around the job. Then after two years, I applied for the PhD and won funding – it would have been impossible without that. I wrote the first draft of We That Are Young at Royal Holloway, University of London with fantastic support. The manuscript went on submission to publishers in 2013 but didn’t find a home. It took many rejections, a few redrafts and finally, winning a novella competition with volunteer press Gatehouse Press, before it got into the hands of Galley Beggar Press in Norwich. The first phenomenal review in The Sunday Times caught the eye of Sonny Mehta, the legendary editor-in-chief of AA Knopf in New York who happened to be in London that weekend. He published it in North America this year. As well as winning the Desmond Elliot Prize and being listed for a number of other international awards it’s out in India and being translated around the world. So that’s my publishing journey – my writing journey is just – read, write, research, edit, travel, sit, read, write, edit, edit, edit, eat, sleep, repeat over years.

Was there one particular moment in time when you realised your debut novel We That Are Young was speaking to readers hearts and minds?

Apart from Galley Beggar Press’s belief in me, and in the novel: Turnaround who distribute it to bookshops in the UK are the unsung heroes of my story. They read it and really got behind it, as did many of the indie bookshops I’ve spent a lifetime browsing in. On publication day it went straight into the second printing, and suddenly I realised it was an actual book that people would buy and read, not just my agonised clutch of pages, or words on a screen.

It makes me feel incredibly humbled to hear from readers and reviewers who appreciate the linguistic experiments in the book, the approach to Shakespeare I’ve taken and also to my writing about India in a different way to has conventionally been published so far. Female readers, in particular, tell me that the book resonates with them, which is moving considering that gender violence and sexual abuse are so deeply endemic in Indian and diaspora Asian society and there is also an incredibly strong culture of silencing around that abuse that is finally cracking open. It’s when people from various backgrounds – from Shakespeare scholars to young British Asian women who want to write, to modernist poets I admire tell me they loved it that I realise the book is in the world, doing its thing.

What has surprised you most about the book world?

Support can come from the most unexpected places. There are deep wells of generosity and openness among writers and in publishing – it’s just incredible to feel welcomed into that. And yet there is a corresponding brutality that can come from unexpected people too. I’m human so of course I’m affected – but I’m also a writer, so it’s been fascinating to observe up close.

What’s your favourite book from childhood, how did it make you feel, have you read it since being an adult?

I read and re-read Charlotte Bronte’s Jane Eyre constantly as a young teen. I felt I was a quiet Jane but also a Bertha Mason, whose wildness was locked away. I read it so many times that I haven’t been able to go back to it for years. (I actually think Villette is a better book, and that it has one of the most devastating endings in fiction.) Both have a strong engagement with Empire that I was fascinated by.

Which fictional character would you love to read a book by (why is that) and what type of book do you think it would be?

I’d like to read Frankenstein’s poetry. I think a lot about different kinds of body and how they change, and are gendered and understood in different social worlds. I think it would be a revelation of language and post-gender, post-human form.

Book shelfie: could you include a photo of your favourite shelf of books and explain why you love it so much.

It’s not possible to photograph it as I am travelling but these are some of the books I’ve got right next to me on the desk in my rented room in San Francisco:

I’m reading that for pleasure but also because we are taking part in a panel together for the New Feminist Suns literary festival at the Barbican, London on November 3rd. It’s a new festival, started by Sarah Shin, co-founder of Silver Press. I can’t wait.

How do you know, how do you feel, when you read a really good story?

As if I, and the world, have changed together from the inside out.