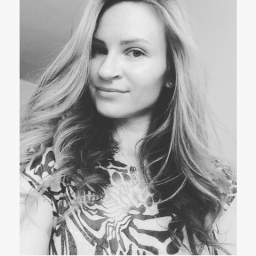 Ellie Midwood is a USA Today bestselling and award-winning historical fiction author. She owes her interest in the history of the Second World War to her grandfather, Junior Sergeant in the 2nd Guards Tank Army of the First Belorussian Front, who began telling her about his experiences on the frontline when she was a young girl. Growing up, her interest in history only deepened and transformed from reading about the war to writing about it. After obtaining her BA in Linguistics, Ellie decided to make writing her full-time career and began working on her first full-length historical novel, "The Girl from Berlin." Ellie is continuously enriching her library with new research material and feeds her passion for WWII and Holocaust history by collecting rare memorabilia and documents.

In her free time, Ellie is a health-obsessed yoga enthusiast, neat freak, adventurer, Nazi Germany history expert, polyglot, philosopher, a proud Jew, and a doggie mama. Ellie lives in New York with her fiancé and their Chihuahua named Shark Bait.

Poignant, powerful and pacey, Ellie Midwood’s The Girl Who Escaped from Auschwitz tells the remarkable true story of Mala Zimetbaum, a woman who did the all-but-impossible when she escaped Auschwitz with her Resistance fighter lover. It’s an extraordinary tale of courage and heroism in the face of impossible odds and excruciating circumstances - a tale told with much compassion in The Girl Who Escaped from Auschwitz. It’s autumn 1943 and “Edek had had enough. The grim realization of it dawned on him along with the first slanting rays of the sunset bleeding red atop the barracks’ roofs as he watched SS Officer Brück stomp repeatedly on an inmate’s head with the steel-lined sole of his tall jackboot.” This brutally arresting opening is typical of the book’s style - incisive, and physically impactful. A veteran of the camp, Edek is a political prisoner and resistance fighter – and he’s long been determined to escape. Meanwhile, Belgian-born Mala is at Birkenau Women’s Camp, where she works as a “runner in charge of delivering SS orders and official documents from one block to another.” As such, she “no longer had anything to fear from the wardens or the Kapos. An official armband with an insignia of a Läuferin on her left bicep, civilian clothes and dark-blond hair pulled into a bun instantly distinguished her from the general camp population.” But having been through the horrors of arriving at camp (“First, they took her freedom. Then, they took her hair”), and feeling disgust for the utter lack of humanity, she - like Edek - has resolved to regain her freedom. In the meantime, she uses her position to save lives. When they meet, Mala comes to believe in Edek’s escape plan, comes to believe that there might be light through these darkest of days - and through love. Shot-through with tremendous tension and compassion, this comes recommended for readers who enjoyed The Tattooist of Auschwitz and The Boy in the Striped Pyjamas. Purchase The Girl Who Escaped Auschwitz from: Amazon - Currently 99p Apple Kobo Google

Other books by Ellie Midwood

The Girl Who Escaped from Auschwitz

The Girl Who Escaped from Auschwitz by Ellie Midwood

The Violinist of Auschwitz

The Violinist of Auschwitz by Ellie Midwood