Last Days of the Condor

LoveReading Expert Review of Last Days of the Condor

A particularly imaginative espionage thriller for the modern times and a curious sequel over four decades later to Grady's original SIX DAYS OF THE CONDOR in which the eponymous agent has now become a heavily medicated hostage to the powers that be, but is he really as hopeless as he appears or is he the one manipulating the events? And why is he being followed? Faye Dozier, the agent charged with keeping tabs on him is soon drawn into his orbit and, together, they are forced to confront and decipher the layers of deception and trust entangling the spy establishment when her partner is killed. A fever dream of a thriller which lays bare the dirty world of Washington and the return of an iconic character, but not as you expected him if you still imagined the Condor as Robert Redford. ~ Maxim Jakubowski

Last Days of the Condor Synopsis

Look in the mirror. You’re nobody. You know pursuing the truth will get you killed. But you refuse to just fade away.

You’ve been designated an enemy of the largest secret national security apparatus in America’s history. All assassins’ guns are aimed at you. And you run for your life, branded with the code name you made iconic: Condor. 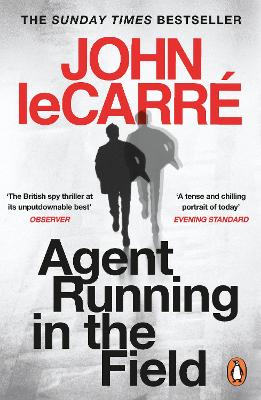 Critical acclaim for Last Days of the Condor:

'Last Days of the Condor shoots high-caliber, nonstop suspense and action from the first to the last sentence, a page-turning, ultramodern, sexy spy thriller with compelling, multigenerational characters fighting to save themselves and our shadowed American dream. Terrific!' - Stephen Hunter, Pulitzer Prize–winning author of Point of Impact

'Lean, edgy and sassy... Grady is a master of the CIA genre' - Kai Bird, Pulitzer Prize winning biographer and historian, author of The Good Spy: The Life and Dea

'Grady’s return to his most famous creation updates familiar themes to accommodate four decades of developments in society, politics, and surveillance technology' - EuroDrama

James Grady is the New York Times bestselling author of Six Days of the Condor, which became the Robert Redford movie Three Days of the Condor. He has been hailed as ‘a master of intrigue’ (John Grisham) and ‘the king of the modern espionage thriller’ (George Pelecanos). Other works include Shadow of the Condor and Mad Dogs (published by No Exit Press in 2006). He has worked as a screenwriter for CBS, FX, HBO, and major studios, and lives with his wife, writer Bonnie Goldstein, inside Washington DC’s Beltway.   Author photo © Nathan Grady &...