Swansby's New Encyclopaedic Dictionary is riddled with fictitious entries known as mountweazels penned by Peter Winceworth, a man wishing to make his lasting mark back in 1899. It's up to young intern Mallory to uncover these mountweazels before the dictionary can be digitised for modern readers.

Lost in Winceworth's imagination - a world full of meaningless words - will Mallory finally discover the secret to living a meaningful life? 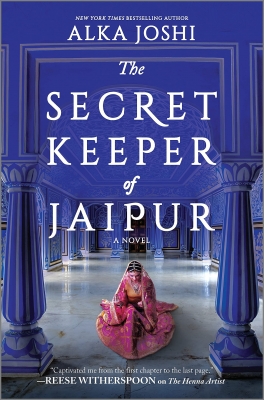 I have just read Eley Williams's forthcoming novel The Liar's Dictionary, a singular, hilarious, word-drunk novel, which I suspect will be seen in the future as a classic comic novel. -- David Hayden - Irish Times

This tale of lexical intrigues is an absolute joy to read! It's gloriously inventive and playful, but with just the right amount of heart. -- Lucy Scholes

The Liar's Dictionary ... made me almost tearful with gratitude that a book as clever as this could give such uncomplicated pleasure ... Williams's triumph in The Liar's Dictionary is to bring together two people a century apart with a unifying comic vision. In each setting she creates a completed world full of sticky details ... There are pleasingly silly jokes (a series of cats called Tits), delight taken in names (Winceworth's nemesis is Frasham, a man who would now be described as a jock) and brilliant set pieces involving parties and pelicans, all in the service of an inquiry into language and words ... Language is what enables Winceworth and Mallory to communicate indirectly through the entries in Swansby's dictionary, and back to back on the pages of this novel ... Look: it's possible that I am the perfect reader for this book and that no one else will get as much out of it as I do. But it gave me the same joie de livre that I got from the likes of Italo Calvino, Nicholson Baker and Andrew Crumey when I first started reading fancy grown-up novels twenty-odd years ago. And when you find a book like this, you grab it, and you hold it close. -- John Self - The Critic

Eley Williams is enraptured by the metaphysical intimations of language ... A novel that, in addition to everything else it manages to achieve and to be, stands in some ways as an embodiment of, and an affectionate reproach to, Samuel Johnson's definition of the form as a small tale, generally of love ...A delight. Williams handles their respective stories with a gripping command of the development of her plot...dazzling clarity of thought and vision, an extraordinarily fecund capacity for imaginative compassion. Some of these qualities lie in the freshness, elegance and lyricism of Williams's prose ... Yet her book is also gloriously full of gently sardonic asides; charmingly deadpan divagations; and an aptitude for the choreography of cartoon and slapstick that is as funny and vivid as Dickens, as moving and memorable as Nabokov ... For all its exuberance, however, this is ultimately a gentle and reflective book whose great preoccupations - the power of language to realise, shape, and deny our natures; the attributes, boundaries and meanings of human connection - are addressed with a care, intelligence and sensitivity that is suffused with an atmosphere of fellow-feeling, shared endeavour, friendship ... By attending so assiduously to the circumstances that propel them to this point, The Liar's Dictionary stands as an extraordinarily large-hearted work of obeisance to the lexicographical belief in the transformative power of proper attention paid to small things , and as an ennoblingly expansive guide to the plangent lineaments of love. -- Matthew Adams - The Critic

The Liar's Dictionary is deft and clever, refreshing and rewarding ... Words and meaning are of paramount importance in this novel. Williams's naming conventions are Dickensian in their symbolism ... Williams is an assured and satisfying writer, her language rich and intricate and her characters rounded enough to be sympathetic and lampoonist enough to be terribly funny. Her writing owes something to Wodehouse but more to Waugh in his most amusing of disgruntled humours. In both storylines, there is a mystery to be uncovered and a dramatic - and violent - event to be endured. In neither are these the main focus. Rather, it is the connection between Mallory and Winceworth, as we watch each struggle with love, life and speaking their mind, that makes the book so delightful. - Literary Review 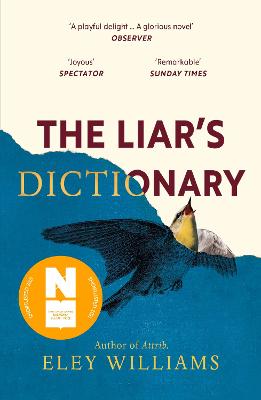 Eley Williams is a British writer. Her debut collection of prose, Attrib. and Other Stories, was awarded the Republic of Consciousness Prize and the James Tait Black Memorial Prize 2018.  She teaches at Royal Holloway, University of London and supervises Jungftak, a journal for contemporary prose poetry.