Returning to Manchester, her broken home, Esther moves back to the flat she used to share with her best friend Donna. Surrounded by empty gin bottles, with her past life safely taped up in stacked cardboard boxes, she proceeds to turn her back on a 'real world' that seems meaningless and absurd. Instead she lives in her own head. Then she meets Newton, a care-worn American wanderer with a drinker's face and an angel's smile. Newton changes everything. But for how long?

This is a young writer of immense promise * Literary Review * Riley's prose powerfully articulates the drinking, the depression, the itchy ache of growing up and the misery of first love... One of Britain's most original young writers * Observer * A portrait of an artist, a writer observing herself living. As such it is quite breathtaking * Times Literary Supplement * A blinding follow-up to the award-winning and much-acclaimed Cold Water... A joy to read and a read to treasure and pass on * Scotsman * Original and beautifully written... An inspiring book that you won't forget * Big Issue *

Gwendoline Riley was born in 1979 and has published several successful novels: Cold Water, which won a Betty Trask Award; Joshua Spassky, which was shortlisted for the John Llewellyn Rhys Prize and won the Somerset Maugham Award; and, most recently, Opposed Positions. 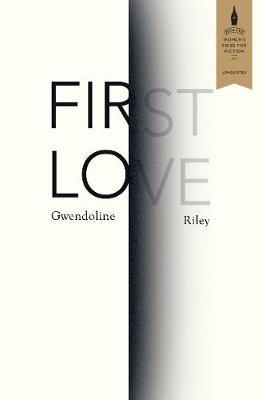 View All Books By Gwendoline Riley