A wonderfully sprawling thriller of mafia life and aftermath, in which Sal Cupertino, a notorious Chicago hitman is exiled to the dark glitterland of Las Vegas where, after reconstructive surgery following a botched job in which he was seen and had to kill FBI agents, he emerges as of all things a rabbi, David Cohen, which all things said isn't too much of a stretch for him as it unpredictably opens up the door for all sorts of further criminal activities like using the cemetery for other purposes, organ trafficking, etc...! Dark humour, colloquial wise guy machine gun patter, devious schemes by the dozen and a determined federal agent on a trail of revenge inching towards him form all the ingredients for a both violent and light-hearted gangster adventure at times gruesome as well as funny. Splendid entertainment. ~ Maxim Jakubowski

Sal Cupertine is a legendary hit man for the Chicago Mafia, known for his ability to kill anyone, anywhere, without leaving a trace. Until now, that is. His first-ever mistake forces Sal to botch an assassination, killing three undercover FBI agents in the process. He knows this could be his death sentence...so he agrees to a radical idea to save his own skin. A few surgeries and some intensive training later, and Sal Cupertine is gone, disappeared into the identity of Rabbi David Cohen. Leading his congregation in Las Vegas, Rabbi Cohen feels his wicked past slipping away from him. Yet, as it turns out, the Mafia isn't quite done with him yet. And that rogue FBI agent on his trail, seeking vengeance, isn't going to let Sal fade so easily into the desert. 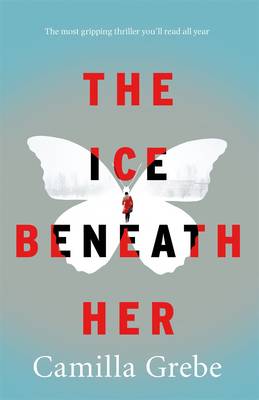 Tod Goldberg is the author of the crime-tinged novels Living Dead Girl, which was a finalist for the Los Angeles Times Book Prize, Fake Cheat Liar, and the Burn Notice series based on the popular US TV show. His short fiction has appeared in numerous journals and anthologies, twice receiving Special Mention for the Pushcart Prize and a Distinguished Story of the Year award in the 2009 Best American Mystery Stories.

View All Books By Tod Goldberg