A gripping story about race, money and motherhood that asks: what would you sacrifice for a new life? 'A firecracker of a novel' Madeline Miller 'Intelligent, thought-provoking, slyly satirical' Sunday Times 'About everything a book should be about: race and class, power and inequality - and it's dark and funny' Joanna Cannon 'An unsettling, unputdownable read' Elle 'Ramos has crafted a real page-turner' The Times Ambitious businesswoman Mae Yu runs Golden Oaks - a luxury retreat transforming the fertility industry. There, women get the very best of everything: organic meals, fitness trainers, daily massages and big money. Provided they dedicate themselves to producing the perfect baby. For someone else. Jane is a young immigrant in search of a better future. Stuck living in a cramped dorm with her baby daughter and her shrewd aunt Ate, she sees an unmissable chance to change her life. But at what cost? Chosen as a book of the summer by the Guardian, Telegraph, Evening Standard and Cosmopolitan

Joanne Ramos was born in the Philippines and moved to Wisconsin when she was six. She graduated with a B.A. from Princeton University. After working in investment banking and private-equity investing, she became a staff writer at the Economist. She currently serves on the board of The Moth and lives in New York City with her family. The Farm, her debut novel, was a national bestseller, was chosen by over fifty international media outlets as a 'must read', and was longlisted for the Center of Fiction's 2019 First Novel Prize. 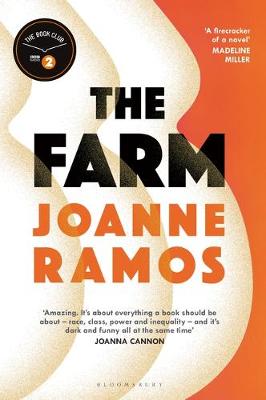 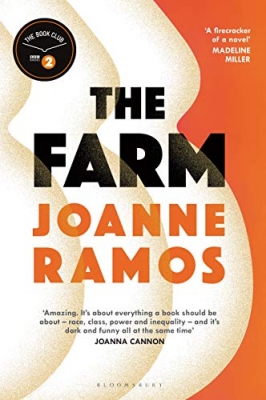 View All Books By Joanne Ramos