Set in 1980s Atlanta, Tayari Jones’s Silver Sparrow is a rich tour de force that sparkles with wit, warmth and candid lyricism. Exploring the weight of secrets and the complexities of love and family life through the compelling coming of age stories of sisters estranged by their father’s bigamy, this novel lingers long in the soul.

“The truth is a strange thing. Like pornography, you know when you see it.” This potent proclamation cuts to the novel’s core, for Dana and her mother Gwen are the other wife, the other daughter, of bigamist James, and they know this truth while his first wife and daughter remain oblivious. Upset when James tells her that being his second daughter “You are the one that’s a secret,” Gwen poignantly informs Dana that rather than being secret, she’s simply “unknown. That little girl there doesn’t know she has a sister. You know everything.” Knowledge that she possesses the truth offers Dana consolation, of sorts.

While James’s other family is financially better off, both wives have a distinct lack of agency. Indeed, the novel is sharp on showing how women often have to make their lives from what men decide, such as when Gwen remarks that when you’re four weeks late, “All you can do is give him the news and let him decide if he is going to leave or if he is going to stay.” The novel is also powerful on elemental love and the nature of memory, such as Dana’s response to being gifted a fur coat her father won in a card game: “To this day and for the rest of my life I will always have a soft spot for a man with rum on his breath.”

In time, during her own tempestuous teenage years, Dana orchestrates encounters with her sister and they become friends, with tension rising as the secret threatens to detonate. With finely drawn, flawed characters that pull readers’ loyalties in different directions, this commanding, compassionate novel confirms the author’s exceptional gifts.

A breathtaking tale of family secrets, from the bestselling author of An American Marriage

Chaurisse and Dana have a lot in common. They both grew up in Atlanta, they shop at the same stores, visit the same restaurants. But unlike Chaurisse, Dana knows the truth: that the girls share the same father. A father with two families, one of which he is determined to keep secret. When the girls meet and become friends, the unsteady balance of both their lives is threatened. Theirs is a relationship destined to explode.

Silver Sparrow is a heartrendingly insightful story about the delicate threads that bind families together. Elegant and wise, compassionate and profound, this is an unforgettable novel from the winner of the 2019 Women's Prize for Fiction.

'Charting a vast emotional unknown is Tayari Jones's compelling third novel, Silver Sparrow, in which a teenage girl's coming of age in 1980s Atlanta is shadowed by her dawning understanding of a corrosive secret - her father's second family.' - Vogue

'Silver Sparrow will break your heart before you even know it. Tayari Jones has written a novel filled with characters I'll never forget. This is a book I'll read more than once.' - Judy Blume

'One of those 'just one more chapter' kind of books that require much last-minute changing of plans, because real life feels far less amusing, appalling, shocking, and loving than the world of its characters.' - Slate

'An exciting read all the way through.' - Chicago Tribune

'Tayari Jones has taken Atlanta for her literary terroir, and like many of our finest novelists, she gives readers a sense of place in a deeply observed way. But more than that, Jones has created in her main characters tour guides of that region: honest, hurt, observant and compelling young women whose voices cannot be ignored... Impossible to put down.' - Los Angeles Times

'Populating this absorbing novel is a vivid cast of characters, each with his own story... Jones writes dialogue that is realistic and sparkling, with an intuitive sense of how much to reveal and when.' - Washington Post

'Jones beautifully evokes Atlanta in the 1980s while creating gritty, imperfect characters whose pain lingers in the reader's heart.' - Kirkus

'A graceful and shining work about finding the truth.' - Library Journal (starred review)

'Silver Sparrow grabs you with a first sentence that manages to be both matter of fact and mysterious and refuses to release you until she has finished a story that takes you deep into the lives of a family that is anything but ordinary.' - Pearl Cleage, author of Till You Hear from Me

'Silver Sparrow is rich, substantive, meaningful. It is also, at turns, funny and sharp, haunting and heartbreaking.' - The Root

'Jones's prose is chock-full of lyricism, grace and wisdom.' - Observer

'Populating this absorbing novel is a vivid cast of characters... One of literature's most intriguing extended families.' - Washington Post

'Jones is very good with character, catching the whole texture of a life in a phrase or two.' - Sunday Times

Tayari Jones is the author of four novels, including Silver Sparrow, The Untelling, and Leaving Atlanta. Jones holds degrees from Spelman College, Arizona State University, and the University of Iowa. She serves on the MFA faculty at Rutgers and blogs on writing at www.tayarijones.com/blog. She lives in Brooklyn. 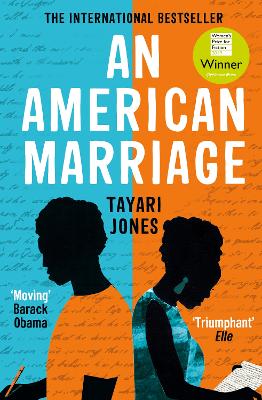 View All Books By Tayari Jones