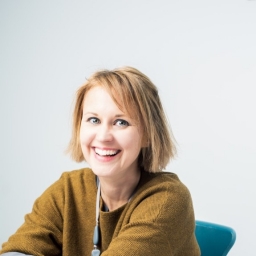 Beth Morrey is an ex-TV producer who was behind shows you watched and loved, like The Secret Life of 4 Year Olds; shows you might not have watched but would enjoy, like 100 Year Old Drivers; and shows that you haven’t watched and maybe shouldn’t, like Sun, Sex & Suspicious Parents.

Since her early twenties, Beth has been trying to write a book. Her first attempt was a spin-off from Mary Poppins called ‘Sister Suffragette’, which was all about Winifred Banks’ adventures when she wasn’t at home singing. It’s probably for the best that it’s still in a drawer somewhere. Beth was previously shortlisted for the Grazia-Orange First Chapter award, and had her work published in the Cambridge and Oxford May Anthologies while at university. Saving Missy is her first full-length novel, written in a café in Highbury during maternity leave. It was a Sunday Times bestseller, and has sold in 16 countries.

Beth has a husband who is a radio presenter, and two sons who are very tiring. In her spare time, she enjoys running, cooking, and stroking her dog, who would rather be elsewhere.

Find out more about Beth Morrey in our blog post.