Part of the Oversight Trilogy Series

Once the Oversight, the secret society that polices the lines between the mundane and the magic, counted hundreds of brave souls among its members. Now their number can be tallied on a single hand. When a drunkard brings a screaming girl to the Oversight's London headquarters, it seems their hopes for a new recruit will be fulfilled - but the girl is a trap, her appearance a puzzle the five remaining guardians must solve or lose each other, and their society, for good. As the borders between the natural and the supernatural begin to break down, brutal murders erupt across the city, the Oversight are torn viciously apart and their enemies close in for the final blow. This dark Dickensian fantasy spins a tale of witch-hunters, magicians, mirror-walkers and the unlikeliest of heroes drawn from the depths of British folklore. Meet the Oversight, and remember: when they fall, so do we all. 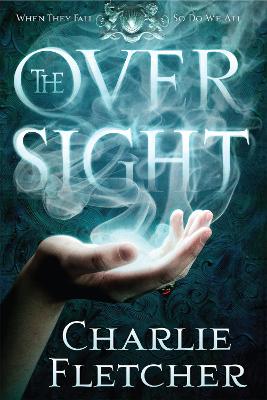 Charlie Fletcher is a screenwriter and children's author living in Edinburgh. His Stoneheart trilogy has been translated into a dozen languages and the film rights have been sold to Paramount. The first volume, Stoneheart, was shortlisted for the Branford Boase award and longlisted for the Guardian Children's Fiction Prize. His standalone novel for children, Far Rockaway, was published last year to great critical acclaim and has been longlisted for the Carnegie prize. He can be found on Twitter at @CharlieFletch_r.

View All Books By Charlie Fletcher