January 2008 Debut of the Month.
A slick fast paced financial thriller from a journalist turned novelist. Samuel Spendlove is a brilliant but bored academic lured into the world of high finance by a controlling media mogul in the mood for revenge. However, all is not as it seems and he has stumbled into something a lot larger and more dangerous (but a lot more exciting than academia!). The characters are colourful the plot increasingly byzantine but all in all a highly distracting read. We believe its part of a 3 book series so we look forward to the next two!

Samuel Spendlove, one of the brightest young academics at Oxford, has given it all up to work undercover for William Barton, owner of a massive media empire. His reasons are complicated, but he’s finding he gets a thrill out of working for Khan, the legendary market trader, working out of the Paris office of Ropner’s Bank, whose dealings have been known to bring nations to their knees. Barton wants information about Khan. He wants revenge over a man who has bested him once. Spendlove assumes he wants to ensure it is only the once…

Spendlove enjoys both sides of this game, until it all unravels and he finds himself simultaneously accused of almost bringing down the global economy and of the murder of Kaz Day, a glamorous colleague on the trading floor. He goes into hiding in the surreal and dangerous world of underground Paris chased by the police, by Khan, the bank and William Barton... and helped by Kaz's bi-curious lover, Lauren. But who framed him and why? 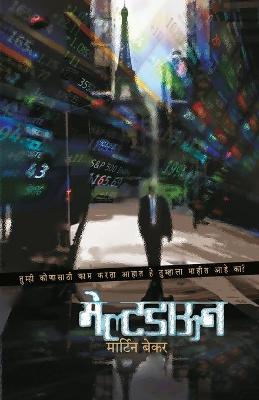 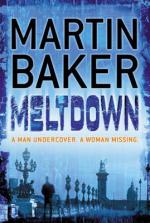 Martin Baker read law at Brasenose College, Oxford, and qualified as a solicitor in the City before entering journalism. He currently writes for the Daily Telegraph and the Independent on Sunday and has worked previously for The Times, the Independent and Sunday Business and written columns for the Sunday Telegraph and the Observer. He was editor-in-chief of the now defunct online site, the street.co.uk and was the personal investment editor of the International Herald Tribune  in Paris for seven years. He has won an number of awards for journalism, including the Citicorp Grand Award for Excellence. He ...

View All Books By Martin Baker