Hugo Vickers has an encyclopaedic knowledge of the Royal Family, and has had a fascination with the story of the Duchess of Windsor since he was a young man. There have been a number of books about this doomed couple, but this book brings a new perspective on the story by focussing on the later years of exile. While Vickers has his own theories about the Abdication itself, and he makes it very clear that Mrs Simpson did not lure the King from the throne, the drama of this narrative comes from the criminal exploitation of an old sick woman after the death of her husband. She was ruthlessly exploited by a French lawyer called Suzanne Blum. Some members of the Royal Family, like Mountbatten and the Queen Mother, don't emerge with much credit either. Hugo Vickers relates a tragic story which has lost none of its resonance over the years since the Duchess died in 1986.

A definitively brilliant history of the whole story -- A.N. Wilson * Evening Standard * With a lifetime's interest in the subject, Vickers knows everything there is to know about the Windsors . . . The first half of Behind Closed Doors, as well as being an accumulation of evidence against Blum, is the story of a personal journey into the world of the Windsors in which Vickers quotes from nearly 40 years of his own diary entries. It is also a hugely entertaining account of the battle between biographers for ownership of their subject . . . The book's second half is a biography of Wallis Simpson, nee Warfield. Vickers delves into her family tree with his accustomed detail and gives a realistic account of the end of her marriage to Ernest Simpson. * Telegraph * A page turner... Hugo Vickers' compelling account makes one feel that Wallis did the Queen a favour * Literary Review *

Hugo Vickers was born in 1951 and educated at Eton and Strasbourg University. His books include Alice, Princess Andrew of Greece; Gladys, Duchess of Marlborough; Cecil Beaton; Vivien Leigh; Loving Garbo; Royal Orders; The Private World of the Duke and Duchess of Windsor; and The Kiss, which won the 1996 Stern Silver Pen for non-fiction. He is an acknowledged expert on the Royal Family, appears regularly on television and has lectured all over the world. Hugo Vickers is married and has two sons and a daughter. 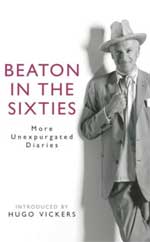