This is Chris Brookmyre's darkest and most complex book yet.

Would you take a life?

Private investigator Jasmine Sharp's father was murdered before she was born, and her mother went to self-sacrificing lengths in order to shield her from the world in which he moved. Since her mother's death, all she has been able to learn is his first name - and that only through a strange bond she has forged with the man who killed him: Glen Fallan. But when Fallan is arrested for the murder of a criminal her mother knew since childhood, Jasmine is finally forced to enter his domain: a place where violence is a way of life and vengeance spans generations. Detective Superintendent Catherine McLeod has one major Glaswegian gangster in the mortuary and another in the cells for killing him - which ought to be cause for celebration. Catherine is not smiling, however. From the moment she discovered a symbol daubed on the victim's head, she has understood that this case is far more dangerous than it appears on the surface: deeper than skin, darker than blood; something that could threaten her family and end her career. As one battles her demons and the other chases her ghosts, these two very different detectives will ultimately confront the secrets that have entangled both of their fates since before Jasmine was even born.

What To Read After Flesh Wounds 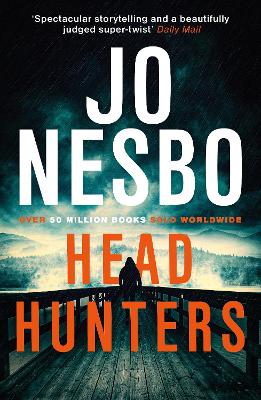 As witty and acerbic as ever, Chris Brookmyre’s novels remain an utterly different reading experience from those of his colleagues. This one is an outing for private investigator Jasmine Sharp who has – counter intuitively – bonded with Glenn Fallan, the man who murdered her father before she was born. Now Fallan has been arrested for the murder of a local thug, and Jasmine finds that she is obliged to enter his dangerous territory to find some answers. At the same time, Detective Superintendent Catherine MacLeod has discovered a symbol painted on the head of Fallan’s victim….

Chris Brookmyre was a journalist before becoming a full time novelist with the publication of QUITE UGLY ONE MORNING. Since the publication of A BIG BOY DID IT AND RAN AWAY he and his family decided to move away from Aberdeen and now live near Glasgow. Oh, yes. Author Photo © Tricia Malley Ross Gillespie