The Sensorium of God

Part of the The Sky's Dark Labyrinth Trilogy Series

LoveReading View on The Sensorium of God

The 2nd instalment of the exciting Sky's Dark Labyrinth Trilogy explores the life and times of the reclusive and fearsome mathematician Isaac Newton and the adventurous astronomer Edmond Halley. Working together to unravel the mysteries of the universe, they find their lives are plunged into chaos as science and religion collide. This trilogy of novels are inspired by the dramatic struggles, personal and professional, and key historical events in man's quest to understand the Universe. These fictional encounters are fascinating to read and full of science and astronomy presented in such a compelling way.

The Sensorium of God Synopsis

It is the late seventeenth century and still the movement of the planets remains a mystery despite the revolutionary work of Johannes Kepler, Galileo Galilei and Tycho Brahe almost a hundred years previously. Edmond Halley - dynamic adventurer and astronomer - seeks the help of Isaac Newton in unravelling the problem, but though obsessed with understanding the orbits of the planets, Newton has problems of his own which could undermine the essential work. The reclusive mathematician and alchemist has a guilty secret. He stole some of his ideas from Robert Hooke, and the quarrelsome experimentalist is demanding recognition. While capable of the loftiest ideals and theorising, the three men are just as quick to bicker and hold petty grudges which could derail scientific advancement. The men's lives and work clash as Europe is pushed headlong towards the Age of the Enlightenment and science is catapulted into its next seismic collision with religion. 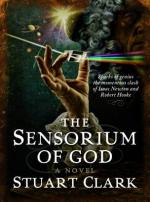 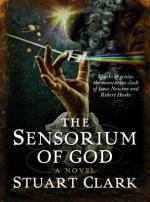