Undercover cop joins a support group for close relatives of violent rape and murder victims as it is suspected they are carrying out revenge killings. This is the second in the series and it’s great. Murphy is a pleasing, laid-back character with a dry wit and lots of heart, played on television in Murphy’s Law by James Nesbit. I haven’t seen the television but I’ll put money on the books being better. They are totally addictive.

If you found the person who brutally murdered a loved one, what would you do? Forgive and forget? Or take the law into your own hands? Detective Martin Murphy is the law and he’s back with a vengeance… Someone has started killing the killers - who just happen to have been under the surveillance of ‘Confront’, a support group for relatives of murder victims who believe that therapy comes through ‘empowerment’. Suspecting the group of revenge killings, Murphy goes undercover and joins them. Now Murphy must bring the killers’ killer to justice. The only problem is he’s starting to think that whoever’s doing the killing may have a point. After all, revenge is sweet … isn’t it?

What To Read After Murphy's Revenge 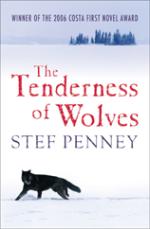 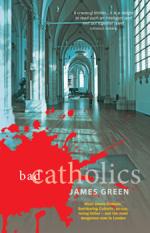 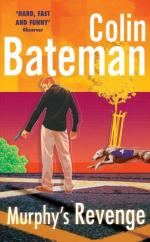 Colin Bateman was a journalist in Northern Ireland before becoming a full-time writer. His first novel, DIVORCING JACK, won the Betty Trask Prize, and all his novels have been critically acclaimed. He wrote the screenplays for the feature films DIVORCING JACK, CROSSMAHEART and WILD ABOUT HARRY. He lives in Ireland with his family.Photograph © Mark Dale

View All Books By Colin Bateman