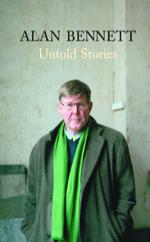 One of the most exciting pieces of publishing this autumn.  Six hundred pages of pure delight from childhood memories through diary entries, theatre and radio anecdotes, to reflection, observation, philosophy and wisdom.  Almost impossible to pull away from, it is a must.

Untold Stories brings together the very best of Alan Bennettâ€™s writing from the last nine years. The book includes significant unpublished work, including the title piece, a poignant memoir of his family and of growing up in Leeds, together with his much celebrated diary for the years 1996-2004 and numerous other exceptional essays, reviews, and comic pieces. It is a compendium of some of his very finest and funniest writing.

â€˜I have never read a book of this length where I have turned the last page with such regret. It is intelligent, educated, engaging, humane, self-aware, cantankerous and irresistibly funny. You want it to go on forever.â€™
John Carey - Sunday Times

â€˜Alan Bennett, with his combination of pitiless observation and gentle understatement, is perhaps the best loved of English writers alive today.â€™  Sunday Telegraph

â€˜Bennettâ€™s voice is uniquely his ownâ€¦there runs through his writing a rigorously observant sympathy.â€™  Guardian

â€˜Alan Bennett has become about the nearest thing we have to a National Living Treasureâ€¦and Bennett has always remained true to himself, his past, and above all his parents.â€™  Evening Standard

Alan Bennett has been one of our leading dramatists since the success of Beyond the Fringe in the 1960s. His television series Talking Heads has become a modern-day classic, as have many of his works for the stage, including Forty Years On, The Lady in the Van, A Question of Attribution, The Madness of George III (together with the Oscar-nominated screenplay The Madness of King George) and an adaptation of Kenneth Grahameâ€™s The Wind in the Willows. His most recent play, The History Boys, won Evening Standard and Criticsâ€™ Circle awards for Best Play, The Laurence Olivier Award for Best New Play and the South Bank Award.

More About Alan Bennett
Add To Wishlist
Buy from our bookstore and 25% of the cover price will be given to a school of your choice to buy more books. 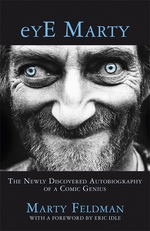 Eye Marty The Newly Discovered Autobiography of a Comic Genius 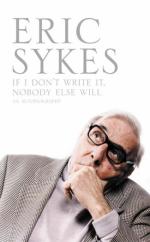 If I Don't Write It Nobody Else Will

The Sure Thing The Greatest Coup in Horse Racing History