A Witch in Love

LoveReading Expert Review of A Witch in Love

When love is tangled up in magic, how can you be sure what's real? The second novel in the Winter trilogy, this follows the critically acclaimed debut A Witch in Winter.

A Witch in Love Synopsis

Anna still finds it hard to believe that Seth loves her and has vowed to suppress her powers, no matter what. But magic - like love - is uncontrollable and soon, Anna is being hunted. Abe wants Anna to embrace her power, while Seth is pushing Anna to accept that his feelings are real. She finally does... a moment too late. Suddenly, it's like the Salem witch trials all over again: burnings, torture and faceless judgements. In the face of the ultimate betrayal, who will save her? The second novel in the Winter trilogy, this follows the critically acclaimed debut A Witch in Winter.

What To Read After A Witch in Love 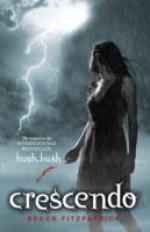 'Ruth Warburton is going to take the YA market by storm. A Witch in Winter is a thoroughly enchanting read!' - Jade, at Ink Scratchers

'One of my most highly anticipated 2012 reads...' - Brodie of Eleusinian Mysteries

'It's a great read, steeped in witchcraft, with a steamy romance, feisty leads and a brooding coastal setting.' - The Bookseller

'Anna's reactions to the events were pretty much how I imagine I'd react, which made it easy to love her... The love story was so fantastically different, I loved the idea of it and it was so well executed... The ultimate battle was amazing, the enemy was one that I actually found quite scary, and the solution was neither easy nor lazy. It has everything you'd expect from a paranormal YA, but it avoids the cliches and predictability...' - Cait from The Cait Files

Ruth Warburton grew up on the south coast of England and went on to study English at the University of Manchester, where she developed a fascination with Old English and Middle English texts. While researching A WITCH IN WINTER she found herself returning to them, in particular BEOWULF and LE MORTE D'ARTHUR, and seeds from these mixed with ancient Mesopotamian demons, Voodoo spells, Tudor superstitions and 15th century witch-hunting guides, to create the Winter Trilogy. Ruth is a publicist for adult fiction at Random House and lives in North London.