A little out of the norm for this gung-ho author for he takes the mental trauma of sexuality and an emotional murder into the Korean war as his protagonists struggle with life, love, honour, loyalty, brutality and all the horrors of war. It’s a good read.

Tom Sedley's idyllic summer vacation in a leafy post war suburb of north London came to an abrupt and shocking end on the 14th September, 1948 when his sister was brutally murdered in woodland near his house. A tramp was arrested for the crime but for the young boy it was the end of childhood and the beginning of a lifelong search to discover what had actually happened that late summer day. Marcus Warwick was Tom's neighbour and best friend but the murder changed their relationship forever: suspicion clouded Tom's mind and they drifted apart. Unknown to each other they were both sent to Korea two years later, Warwick an officer, Sedley as a humble radio man: and when they met in the chaos of war they both had to acknowledge a gulf of distrust and class had opened between the two.

Their new relationship was tested in the savagery of the combat that swept up and down the peninsula that first winter. When Tom and Marcus met again it was in combat and it soon became apparent that the one could barely trust the other with his life. The bitterness of what they experienced scarred them for the rest of their lives.

Only years later when Tom stumbles across his sister's secret diary do the events of 1948 once more leap into sharp focus and allow him to seek final justice for her murder.

What To Read After Dark Angel 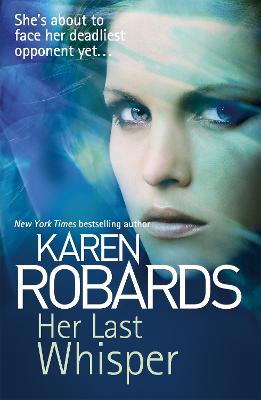 Geoffrey Archer's gripping thrillers are inspired by a deep knowledge of international intrigue gathered during more than 25 years of reporting for ITV's News at Ten.