A young woman is found half frozen to death on a remote farm and her unexpected arrival has a profound effect on the father and son who live there, but who is she and why was she there. With strong believable characters this well written psychological thriller reveals itself bit by bit. As a reader you will feel all is not right yet the author cleverly keeps you on tenterhooks until the very end.

I know what I’m doing, I just can’t stop it. It’s because I need answers. I thought that this would be an answer, this frozen end, serenaded by the gentle song of the river. Evidently it is not.

John Morgan, a retired doctor, runs a small farm in the west country. His son David, a talented but emotionally unstable artist, lives in a shed on his father's land. Both men are still grieving the recent death of David's mother, May, but their anguish is made worse by the fact that David blames his father for her death and is no longer speaking to him.

Into this troubled world steps Nicola, a young woman who David finds on the farm during a blizzard. Desperate, and half-frozen to death, Nicola is taken in and nursed back to health by John Morgan. As she recovers, Nicola slowly ingratiates herself into the lives of both men, and seems set to be the conduit through which their differences can finally be reconciled. But nothing in The River Woman is as it seems. Who is Nicola and why does she keep her past such a secret? Why is she so curious about John and David Morgan, and is there a connection between her presence on the farm and May Morgan's untimely death?

What To Read After The River Woman 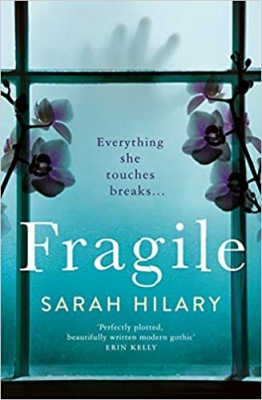 Sorrel Pitts grew up near Marlborough in Wiltshire, England. After graduating in English Literature and Language, she worked as a magazine editor before spending the rest of her twenties as a teacher of English as a Foreign Language in Turkey and Spain. She returned home in her early thirties to complete an MA in Publishing. Now living in Oxford, she worked as Commissioning Editor for before moving into her current position as Editorial Manager for Oxford University Press. The River Woman is her first novel.