by L. A. Weatherly

If you're still into paranormal fiction or if you think you've had enough of it then think again.  L A Weatherly's Angel sequence is original, fast-paced with characters you really warm to.  Don't miss this, the second one in the sequence and if you're new to the sequence then read Angel first.

In the wake of the Second Wave, the angel menace has exploded, and Alex and Willow are on the lam. Willow's prophetic dream points them to Mexico City, where they connect with a fledgling group of angel killers led by the exotically beautiful Kara, an Angel Killer from Alex's past. But the team remains suspicious of Willow, even after the more-experienced Alex takes over as leader, training them hard for a rush attack on the Seraphic Council, or &quoteThe Twelve.&quote This elite group of all-powerful angels is also under the scrutiny of Willow's angel-father, Raziel, who has his own sinister plan to defeat them. What Willow hasn't told Alex is that there was also a mysterious boy in her dream, one she felt overpoweringly attracted to. When brooding, gorgeous Seb shows up in the flesh, he turns out to be anotherpossibly the world's only otherhalf angel. He's been searching for Willow all his life, and when Alex enlists this rival to help keep Willow safe, he can't predict what chemistry will pass between themor how far Willow might go to keep Alex safe. Will their love endure or spell doomsday for the human race?

What To Read After Angel Fire 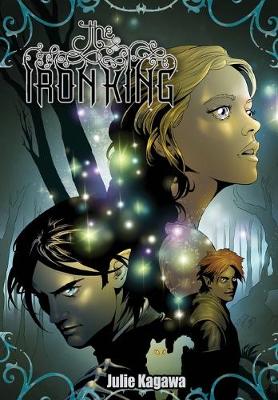 Praise for the author:

'Angel is a brilliant old-fashioned love story in a contemporary setting. L.A. Weatherly has created a world full of suspense and intrigue which Stephenie Meyer could only dream about.' Children's Book Buyer, Jarrolds, Norwich

'A powerful, dark and hugely inventive thriller that burrows beneath the reader's skin. The charged relationship between Alex and Willow in this electrifying novel makes a lasting impression, a must read for 2010.' Jake Hope, children's book specialist

'The world of the book is dark and exciting. The characters are brilliantly drawn, the style will appeal enormously to the Twilight generation and the plot is fantastically full of suspense, drama - and romance!' Liz Kessler, bestselling children's author

About L. A. Weatherly

L. A Weatherly was born in Arkansas, and moved to the UK in 1995. Her first book, Child X, was shortlisted for the Sheffield, Leicester and Red House Book Awards and was also chosen by the American Library Association as one of their ‘Quick Picks for Reluctant Readers’. She lives in Hampshire. L.A. Weatherly on writing Angel, the first in the trilogy: I've known Alex for a long time. He first came to me as a character almost twenty years ago, when he was a thief in a fantasy setting – an expert with knives rather than guns. ...

More About L. A. Weatherly

More Books By L. A. Weatherly

View All Books By L. A. Weatherly