LoveReading View on The Drowning Pool

This excellent debut is a classic ghost story with a modern twist. Genuinely scary as you are drawn into the story and the boundaries between reality and ghostly happenings get very blurred

After her world is shaken by a series of unexplained events, young widow Sarah Grey soon comes to realise that she is the victim of a terrifying haunting by her 19th century namesake. A classic ghost story with a modern twist by a talented new writer in the genre. Relocated to a coastal town, widowed teacher Sarah Grey is slowly rebuilding her life, along with her young son Alfie. But after an inadvertent seance one drunken night, her world is shaken when she starts to experience frightening visions. She tries to explain them as But Alfie sees them too and Sarah believes that they have become the targets of a terrifying haunting. Convinced that the ghost is that of a 19th Century local witch and namesake, Sarah delves into local folklore and learns that the witch was thought to have been evil incarnate. When a series of old letters surface, Sarah discovers that nothing and no-one is as it seems, maybe not even the ghost of Sarah Grey!

'a stunning reinvention of the ghost story and an exploration of a 19th-century Essex witch hunt.' The Guardian

'a goose-pimply old-fashioned ghost story'
Christopher Fowler, author of the Bryant and May series

Syd Moore lives in Essex where the Rosie Strange novels are set. Prior to writing, she was a lecturer and a presenter on Pulp, the Channel 4 books programme. She is the author of the mystery novels The Drowning Pool, Witch Hunt and the Essex Witch Museum Mysteries, Strange Magic, Strange Sight and Strange Fascination.   Author  photo © Simon Fowler 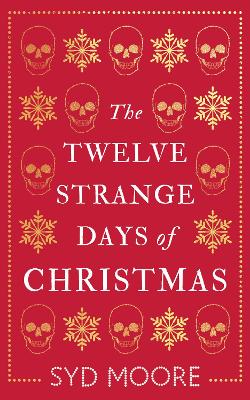 View All Books By Syd Moore