Watermelon, a Fish and a Bible

LoveReading Expert Review of Watermelon, a Fish and a Bible

A lyrical, moving and beautiful tale of love lost and found set during the Turkish invasion of Cyprus in 1974.  It's a multi-stranded tale of illicit love and its bittersweet consequences. This haunting and moving debut is made all the more poignant as the author's family, Greek Cypriots, were forced to flee themselves. Brutal, tender and evocative. If you like the sound of it, you're sure to love it.

Watermelon, a Fish and a Bible Synopsis

It is July 1974 and on a bright, sunny morning, the Turkish army has invaded the town of Kyrenia in Cyprus. For many people, this means an end to life as they know it. But for some, it is a chance to begin living again. Everyone has always talked about Koki. They never believed she was her father's daughter and her mother died too soon to quiet their wagging tongues. And when she became pregnant and there was no sign of a husband, her fate was sealed. So she lives outside the town and hides from her neighbours' eyes. But, held captive with the very women who have made her life so lonely, Koki is finally able to tell them the truth. To talk of the Turkish shoe-maker who came to the town and took her heart away with him when he left. And how she has longed for him all these years. Meanwhile, Adem Berker finds himself back in Kyrenia, his former home, now as a member of the invading force. Here he left everything he ever wanted and, by cover of darkness, risking his life, he is searching every house, every cafe, every old pathway, for just a glimpse of the only woman he has ever loved.

What To Read After Watermelon, a Fish and a Bible 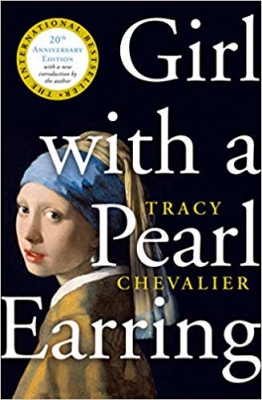 'So much more than another romantic beach read, this is a powerful piece of writing'
Sunday Telegraph

Christy Lefteri was born in London in 1980 to Greek Cypriot parents who moved to London in 1974 during the Turkish invasion. She completed a degree in English and a Masters in creative writing at Brunel University. She taught English to foreign students and then became a secondary school teacher before leaving to pursue a PhD and to write. She is also studying to become a psychotherapist.

View All Books By Christy Lefteri