Shortlisted for the Galaxy New Writer of the Year 2010.

September 2010 Debut of the Month.

It has been some time since I picked up a first novel that I literally couldn’t put down but this tale about a shooting in a school, the months that precede it and the consequences for all parties is one such.  It is police procedural stuff, a whydunit as opposed to a whodunit, which is told in the third person with all the recorded testimonies that build up the case coming in first person monologues slowly piecing the whole picture together.  It’s about bullying, isolation, turning a blind eye and pursuing the truth and it is very, very good.  Highly recommended.

CWA Judges’ comments: 'Not all victims are innocent and not all perpetrators are guilty. This book explores the reconstruction of a horrific crime with its background and its complex motivations in the everyday context of an urban school. Where does autocracy end and where does bullying begin?'

'Find what you were looking for, Inspector?' - every day the same question. A different uniform but the same question - they thought Lucia enjoyed being here. They thought that was why she kept coming back. But they were asking the wrong thing. She had found what she was looking for - she had found what she had been sent to discover - but she had found out more besides. The question was what to do about it. The question was whether to do anything at all. In the depths of a sweltering summer, teacher Samuel Szajkowski walks into his school assembly and opens fire. He kills three pupils and a colleague before turning the gun on himself. Lucia May, the young policewoman who is assigned the case, is expected to wrap up things quickly and without fuss. The incident is a tragedy that could not have been predicted and Szajkowski, it seems clear, was a psychopath beyond help. Soon, however, Lucia becomes preoccupied with the question no one else seems to want to ask: what drove a mild-mannered, diffident school teacher to commit such a despicable crime? Piecing together the testimonies of the teachers and children at the school, Lucia discovers an uglier, more complex picture of the months leading up to the shooting. She realises too that she has more in common with Szajkowski than she could have imagined. As the pressure to bury the case builds, she becomes determined to tell the truth about what happened, whatever the consequences.

Simon Lelic was our Guest Editor in January 2012 - click here - to see the books that inspired his writing.   Simon Lelic has worked as a journalist and currently runs his own business. He was born in Brighton in 1976 and recently returned with his family to live there. His first two novels Rupture and The Facility were huge critical successes. Rupture won a Betty Trask Award, was shortlisted for the CWA John Creasey New Blood Dagger and longlisted for the Desmond Elliot Prize and the Theakstons Old Peculier Crime Novel of the Year Award. Simon was shortlisted in the ... 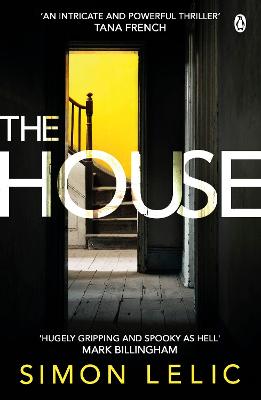 View All Books By Simon Lelic