Costa Book Awards 2010 Judges' comment: "A brave re-imagining of a harrowing story and an iconic figure."

The Diary of Anne Frank is one of the most treasured children’s books of the last fifty years. Anne’s account of the years she spent in hiding from the Nazi’s in Amsterdam during the Second World War vividly tells much about how she feels about the experience and something about how she views those in hiding with her including Peter, a young man only a few years older than her. In Annexed, Sharon Dogar sensitively explores Peter’s story; what he feels about the experience of being in hiding, about being a Jew and, in particular, about what he feels about Anne. Initially irritated by what he sees as a rather silly young girl, Peter soon finds himself falling in love with Anne’s vivacity, intelligence and strength of purpose. Looking back from his deathbed in a Nazi concentration camp, Peter’s diary is touching and sensitive. In speculating and embellishing from some known facts and asking many ‘what if’ questions, Sharon Dogar has taken on a difficult task through which she has created a fascinating and inspiring story.  It's a story rooted firmly in history and it asks a question of us all: Are we listening? 'Is anybody there?' Peter cries from the depths of his despair in the camps. Read it, and you will be.

From the author, Sharon Dogar:

'Annexed is an imaginary tale, based on history, in which I try to imagine what it might have beel like to actuallly have lived with Anne Frank; to have become the target of her love; and to be so cruelly torn apart from her'.

From Charlie Sheppard, Editor at Andersen Press, which has two titles - Annexed and Out of Shadows - shortlisted for the Costa Children's Book of the Year Award 2010:

The incredible story of Anne Frank through the eyes of Peter - the boy who was locked in
the annexe with her and with whom she fell in love. Everyone knows about Anne Frank, and her life hidden in the secret annexe – or do they?  Peter van Pels and his family are locked away with the Franks too, and Peter sees it all differently. What is it like to be forced into hiding with Anne Frank, to hate her and then find yourself falling in love with her? To know you’re being written about in her diary, day after day? What’s it like to sit and wait and watch whilst others die, and you wish you were fighting? Anne’s diary ends on August 4 1944, but Peter’s story takes us on, beyond their betrayal and into the Nazi death camps. He details with accuracy, clarity and compassion, the reality of day to day survival in Auschwitz - and the terrible conclusion.

There is also a website for Annexed including videos and teaching resources for KeyStage 3 and 4. Click here to visit.

‘Dogar has been utterly respectful and a lot of care has been taken to ensure Peter’s story echoes Anne’s account. A million miles away from a quick-buck, money-making scheme (of which it’s been accused) and so much closer to an author trying to get her head around a time of atrocity and how it perhaps felt for one ordinary young man in extraordinary circumstances.’ - Keith Gray, The Scotsman

‘Absorbing...more truthful than 'The Boy in Striped Pyjamas'. 5 stars! - Books for Keeps

‘Dogar’s decision to write the novel from Peter’s point of view is inspired. (His) story is complex and moving (and) his voice is eloquent.’ - John Boyne

'A powerful and captivating story...told in intense, harrowing detail.' - Fiona Noble,
The Bookseller

'An intimate, thoughtful and absorbing novel.' - Jill Murphy, The Bookbag

Sharon Dogar’s first novel, Waves, is a poignant coming-of-age story about a family dealing with the accident of their daughter. It took a while for Sharon to get started, "but then I had ‘the moment,' " she explains. "That moment when a character just arrives in your mind and begs to be written - whether you want to do it or not.  I remember it was lunchtime.  I walked into the sitting room and had a thought: I was by the sea.  And in that moment, I saw a boy with his back to ... 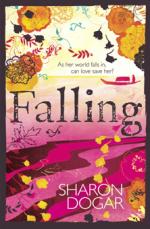 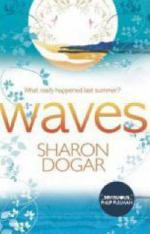 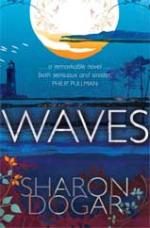 View All Books By Sharon Dogar