Rankin has moved on to a new protagonist in the form of Malcolm Fox and has set him up in a department which bodes well for what we are sure will be terrific, future plotlines, the Complaints and Conduct department -  the police who police the police. If you were worried Rankin wouldn't maintain the standard of his Rebus novels then rest assured he hasn't let us down. Brilliant characters and plots continue, all set in his beloved Edinburgh.

You might be interested to know the abridged audiobook version runs to only 57% of the full length.

Nobody likes The Complaints - they're the cops who investigate other cops. It's where Malcolm Fox works. He's just had a result, and should be feeling good about himself, but he's a man with problems: his new job is Jamie Breck, a dirty cop but no one can prove it. As Fox takes on the job, he learns that there's more to Breck than anyone thinks. 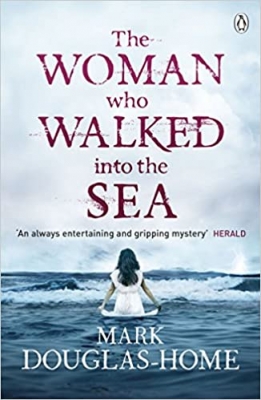 “We're in recession-hit 2009 Edinburgh, and the travails of a property developer in serious financial deficit to some very nasty people become central to the unraveling of several mysteries, not least of which is who wants to discredit Fox. He's not the only new character Rankin has introduced to Edinburgh's police force, teaming up with the thoroughly modern detective Jamie Breck - posh, ambitious, online gamer - in a partnership that begins in a grippingly tense cat-and-mouse standoff.” Karen Robinson, The Sunday Times 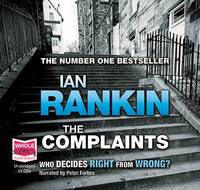