Part of the The Jay Porter mysteries by Attica Locke Series

An atmospheric and stylish thriller from a new author, with comparisons to John Grisham. A tightly woven plot will keep you involved and intrigued until the end.

"If you liked Chinatown, you’ll love this. A proper rollicking read. Anyone I’ve given this to just can’t put it down.… It’s just really brilliant and I’d thoroughly recommend it.”  Miranda Sawyer (Orange Prize for Fiction 2010 judging panel).

Shortlisted for the prestigious 2010 Orange Prize for Fiction.

On a dark night, out on the Houston bayou to celebrate his wife's birthday, Jay Porter hears a scream. Saving a distressed woman from drowning, he opens a Pandora's Box. Not the lawyer he set out to be, Jay long ago made peace with his radical youth, tucked away his darkest sins and resolved to make a fresh start. His impulsive act out on the bayou is heroic, but it puts Jay in danger, ensnaring him in a murder investigation that could cost him is practice, his family and even his life. Before he can untangle the mystery that stretches to the highest reaches of corporate power, he must confront the demons of his past. A provocative thriller with an exhilarating climax, Black Water Rising marks the arrival of an electrifying new talent.

What To Read After Black Water Rising 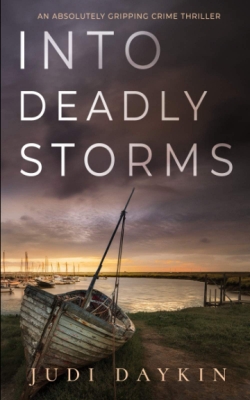 Attica Locke's first novel, Black Water Rising, was shortlisted for the Orange Prize, nominated for an Edgar Award, an NAACP Image Award and a Los Angeles Times Book Prize. Attica is also a screenwriter who has written for Paramount, Warner Bros, Disney, Twentieth Century Fox, Jerry Bruckheimer Films, HBO, Dreamworks and Silver Pictures. She was a fellow at the Sundance Institute's Feature Filmmakers Lab and is a graduate of Northwestern University. A native of Houston, Texas, Attica lives in Los Angeles, with her husband and daughter.   Author photo © Jenny Walters