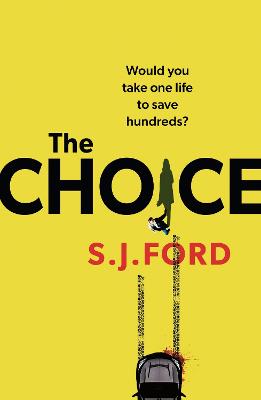 LoveReading Expert Review of The Choice

Hero or villain? Right or wrong? You decide, in this fast-paced thriller fraught with conundrums and contradictions.

Hero or villain? Right or wrong? You decide, in this fast-paced thriller fraught with conundrums and contradictions, forged by the love we have for our children. The curiosity, the confusion, the suspicion, the creeping fear, the panic, the anger, the hopelessness, the protective fire of a mother. Which side will you be on?

She did it, you see. She killed him.

She pointed her car at him and slammed down the accelerator.

Jane Bell, mother of two, frustrated and terrified about being ignored by the police, takes matters into her own hands when she uncovers plans for her neighbour to bomb the local primary school. The school and nursery which her children attend.

What would you do?

What do you think?

Your conscience screams alongside Jane’s as the story unfolds, as we find out more chapter by chapter from each standpoint, from each perspective, from each of the bystanders. The husband Neil. The Detective Inspector Bill Simmons, the senior officer at the scene. Aneesa Khan, the journalist following the story for the Birmingham Gazette. Simon Rafferty, the barrister who decides to grab Jane’s case and attempt to change the course of legal history.

As a mother myself this sucker punched me, and tears were streaming.  It’s thought-provoking, captivating. And not always in a comfortable way.

What if this were my children’s school?

But thou shalt not kill.

It’s black and white isn’t it?

With twists and turns along the way, you follow the story of Jane and her incredible journey through the media firestorm and the trial. Would you take one life to save hundreds? Let’s talk about it after you’ve read this book.

You are the jury.

When Jane Bell uncovered that her next-door neighbour planned to blow up their local primary school, she tried to get the police to listen to her. When they chose to do nothing, she took matters into her own hands.

Jane Bell saved the children. She is a hero. She stopped a terrorist attack. She murdered a man. Jane Bell committed a crime, and no matter what her reasons are surely she must face the legal repercussions of her actions.

Now several people follow Jane's case, each with their own thoughts on what happened. Is Jane the hero or the villain? It's up to you to decide.

What To Read After The Choice 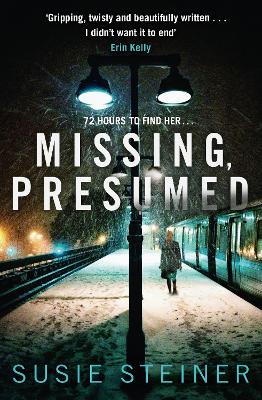 Jane Bell. Vigilante murderer or caring mother? Provoked or over reacted? Sinner or saviour? Guilty or not?

Wow! Wow! Wow!
I had just put this book down and in the absence of anyone else to discuss it with, I've come to write this review immediately!
Jane Bell drove her car purposely into her next door neighbour and killed him. She admits this freely. But her next door neighbour James, was planning to use homemade bombs to blow up a local primary school, which would have killed 300 children. Can her actions be justified?
Told from a wide variety of viewpoints including Jane, her husband, a local reporter, and a police officer, this book was completely and utterly gripping. Everyone reading it will have an opinion on Jane's actions, I think it's impossible not to. But I don't think all readers will have the same opinions! The frequent change in narrator help you to see different points of view and find out more detail about the situation.
All of this was an utterly compelling read. Genuinely impossible to put down. I loved all of the characters, the details, the story, and the sneaky little twists. This is a book that will stay with me for a long time.

An audible, sharp intake of breath – that’s the sign of a good thriller and The Choice causes that on more than one occasion. This is a cracking good read.

Jane Bell knows what’s important to her. Her two young children and her husband are her priority. Their safety and welfare are paramount, a fact which she has never doubted for a second. So when the arrival of a new neighbour puts her family in danger Jane must act. Being the law-abiding, community-minded citizen that she is Jane follows the prescribed route for raising her concerns. She alerts the authorities, she flags the danger, she makes people aware but when the crucial support is not forthcoming Jane is forced to take matters into her own hands. The only question is how far should she go to neutralise the threat? When the lines become blurred, at what point does self-defence become murder?

The Choice immerses you in Jane’s world as these events unfold. We follow her through the eyes of the investigating Detective Inspector, the local reporter, the defending barrister, a jury member, Jane’s husband and Jane herself. These varied perspectives provide a multi-faceted view of events, they draw you in and quickly become all-consuming. The Choice is powerful, human and thought-provoking. It makes you question what is right and what is wrong but it doesn’t preach and it never loses sight of the fact it is a cracking good thriller with plot twists worthy of the best. An audible, sharp intake of breath – that’s the sign of a good book and The Choice causes that on more than one occasion. This is a cracking good read.

What a whirlwind of a thriller, just the kind of book that you don’t want to stop reading. Told from multiple perspectives, it is the story of Jane Bell. She is a fiercely protective mum who deliberately drives into her shady-looking neighbour, James Foster, thereby stopping an act of terrorism which would have killed her children and hundreds of others. The question is, is she a cold-hearted murderer or a hero/saviour? We discover in The Choice what led Jane to take this action and the lead up to and the duration of her trial. Gripping and pacy, I’d thoroughly recommend this book.

Murder? Self-defence? Premeditated or instinctive? If you were part of the jury, how would you vote?

The Choice by S.J.Ford
Murder? Self-defence? Premeditated or instinctive? If you were part of the jury, how would you vote?

Jane Bell is a mother of two and on the 16th of January she drives her car into her neighbour, pinning him against a wall and killing him. He is James Foster and he has two bombs on his kitchen table which are intended for the local primary school. The primary school where Jane’s children go. Where almost three hundred other children go.
So, would you, knowing what Jane knows, have done the same thing? Would you have tried to stop Foster?
Was it self-defence of others or murder?
Every chapter is written from the perspective of different characters: Jane, husband Neil, Bill the police inspector, Simon the hot-shot lawyer and Aneesa, the local journalist amongst others. It is their voices which lead us through the labyrinth of the English legal system, and particularly its’ failings. They tell us that Jane is a hero and that James Foster is a monster but life is never that simple, is it? Why would Foster blow up the school where his own children attend? Is he a psychopath? Is Jane really the self-effacing housewife that she portrays?
This book raises some very interesting and divisive issues. You ask yourself the same question: what would I have done? Would I have protected my children and others at any cost? And, personally, I always come to the same answer: yes, I would.

A fantastic, relatable and thought-provoking debut novel that reminds us people are not all good or all bad and everyone is fighting their own battles.

The Choice kept me guessing until the very last line. To start, I was intrigued by what would happen in the next few hundred pages, since the narrative seemed so clear cut. Denied police assistance, perfectly ordinary mother, Jane killed a terrorist planning to bomb her children’s school killing hundreds. She stopped him. She saved them all. How was that not the right response? But was it?
The main protagonist is very relatable to parents who’d do anything to protect their family. The characters are brilliantly developed with their backstories informing their viewpoints. The author does a great job of reminding us that people aren’t all good or all bad. Everyone is fighting their own battles.
At several moments I felt such intense emotion bubbling in my throat because the writer didn’t just describe the scenes incredibly well, she made me feel I was there, living the story myself. This was intensified by writing in the first person from the perspectives of the six main characters, Jane, her husband, her barrister, the journalist, a juror, and the lead detective. I adored seeing the unique outlooks on each situation and character of the various people, despite them all encountering the same events and conversations. So realistic.
A fantastic, thought-provoking debut novel that leaves me eager for future books by SJ Ford.

What is the correct thing to do?!

A journey through the eyes of a mother and a father.
To do what you feel is correct or do nothing.
The main character Jane was not being listened too, so she ended up taking things into her own hands resulting in time in prison.
Did Jane do the right thing?
The same with the 2nd Character, did he make the right choice for himself as he wasn't being helped in a way he wanted.

A very interesting read allowing you to think what you would do.
Excellent page tuner, with a few unexpected twist/parts.
Well worth a read.

SJ Ford is twenty-six years old and lives in the Cheshire countryside. She currently works in online marketing and writes part-time – gathering the quirky, emotional and problematic to feed her imagination and unleash her pen. She has a Golden Retriever that she relishes going on adventures with, a horse that lets her fly, and her favourite place is Cemaes Bay on Anglesey. The Choice is SJ's debut novel in this genre.

View All Books By SJ Ford