Although not the target audience for this debut novel, Pretty Bad Things arrived on my desk at about the time the Catcher in the Rye author, J D Salinger died and there are definite comparisons to be drawn. Here in Pretty Bad Things we have two teens rebelling against and feeling immensely frustrated about today’s world and about being let down by the adults in their life. They have attitude, yet they’re vulnerable and their raw emotions will draw you into their story from the very start. You’ll feel as if you’re there with them, experiencing and understanding their frustrations. The writing is incredibly vivid, immensely sad at times but also utterly exhilarating.

So for today’s teenager or an adult who remains a teenager at heart, this book could do what Catcher in the Rye has done for more than a generation of readers but unlike J D Salinger, let’s hope the author continues to deliver a knock-out punch with each new book that’s published! Pretty Bad Things is something really special so expect it to be talked about in years to come.

Barry Cunningham, the author's Publisher says:
Remember how you felt reading cather in the rye.  I think Holden Caufield would get pretty bad things.  Today he might even sound like Paisley and her brother.  Wild, dangerous but wonderful to know.  It’s about rebellion, donuts and loving your dad.

Kevin Brooks one of the top authors writing teen fiction today says:
It’s so good, i’d even recommend it to people i don’t like.

Find out a little more about the author by going to her author page on Lovereading4kids.  Just click on the author name above.

Sixteen-year old twins in a candy-store crime spree. Twins, Paisley and Beau Argent are in the headlines again. Last time, they were the 'wonder twins', when as six-year-olds they were found alive in woods after three days missing following their mother's death -three days spent looking for their dad. Now at sixteen, life's not so wonderful. Out-cast and exploited by their money-grabbing grandmother they're still clueless about their dad's whereabouts. Until they discover an old letter from him. That's when they decide to hit the road - and make headlines again. Holding up fast-food joints might seem extreme but if they can get on the news, and tell their dad they need him, they might get the dream reunion they never thought could happen.

Watch a trailer for the novel Pretty Bad Things here:

Q & A about Pretty Bad Things

Was writing stories a favourite pastime as you were growing up?
Making up stories and acting out pretend scenarios were more my bag, rather than writing stories down as such. One such story that sticks out is this thing called ‘The 20 Children Game’ which I would play with my cousin when we were about eight or nine. It’s fairly self-explanatory, but we used to draw maps of the huge pretend mansions we lived in with our twenty kids apiece, and go through the Argos catalogue, making lists of all the stuff we were going to order, because we were so rich we could order whatever we liked. Bliss! The serious creative writing part came later during the teenage years when I was all black hair-dye and self-loathing.

How did you go about choosing the Creative Writing course?
I started writing my first novel when I was seventeen and for about eleven years I was sending it back and forth to agents, because I was told you had to have an agent to get anywhere. Fifty agent rejections later, I realised that perhaps it wasn’t just about finding the right agent that would get me published, it was about improving my writing. It was then a case of Googling degree courses in Writing for Children and that took me to Bath Spa University.

What were the best bits about your course and the worst?
Being taught by writers like Julia Green, Steve Voake and Nicola Davies was one big best bit. I learnt so much from them. And just being around likeminded people who wanted to be writers too was great. I also loved the different subject modules I could choose from like ‘Science Fiction and Fantasy Writing’ and ‘Nature Writing,’ which allowed me to flex my muscles in brand new areas of creativity that I wouldn’t have tried otherwise. Worst bits? I honestly don’t think there are any. I truly loved every second of it because it was exactly where I wanted to be.

What inspired you to write Pretty Bad Things?
Pretty Bad Things is the result of conjoining two short stories I wrote during my BA in Creative Writing. One of the stories was about six-year-old twins who ran away from home (ala Hansel and Gretel) and the other was about a teenage Bonnie and Clyde caught up in a motel room shoot out. Neither story had a definitive beginning nor ending, so for my MA in Writing for Young People, I put the two together so that one grew up to be the other.

Do you have a routine for your writing?
Not really, which is probably a really bad thing to admit! Maybe I would be more prolific if I was one of those types who gets up at 6:00am, takes the dog out and then writes for seven hours straight with a black coffee in between, but I would never want to make a chore out of it. If I’m not enjoying it, I stop, simple as that. I couldn’t sit there, churning it out hour after hour. I try and do a couple of hours when I get home every night and at weekends, even if it’s just character studies but I don’t force it. If I have a deadline, I ensure I work to it but if I’m not in the mood, I don’t. I also have a terrible attention span, and mid way through a sentence I have been known to wander over to Facebook or watch a bit of Glee. Just can’t help it!

What published books do you think your readers would also enjoy?
Anything by Kevin Brooks, most namely Martyn Pig. Doing It by Melvyn Burgess, Henry Tumour by Anthony McGowan and probably my all-time favourite The Madolescents by Chrissie Glazebrook, which I never hear mentioned anywhere but it’s just sublime writing about teenagers. They might enjoy comic series like Fables or Young Liars too and there’s this brilliant one-shot by Grant Morrison called Kill Your Boyfriend which did originally inspire PBT so they might want like that too.

Comparisons have been made to Catcher in the Rye. Do you think readers of JD Salinger’s cult novel will also enjoy Pretty Bad Things?
I guess if you’re an angsty teen who just doesn’t understand the world, or you’re someone who is permanently perplexed by societal expectations and authority figures, you’ll like both books and you’ll totally sympathise with the characters. I don’t think PBT really compares to Catcher though. It’s such an impossible act to follow. J.D Salinger stands head and shoulders above the rest and was a far more erudite and talented writer than I could ever hope to be. A true one-off I think.

What To Read After Pretty Bad Things 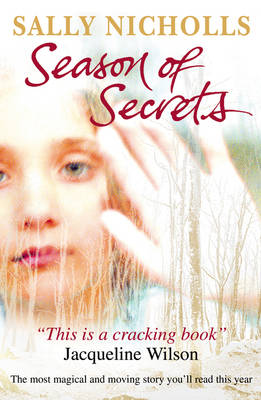 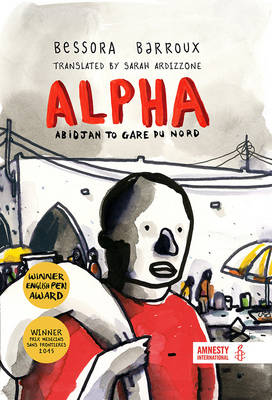 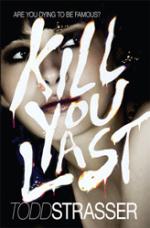 C.J. Skuse, author of PRETTY BAD THINGS, ROCKOHOLIC and DEAD ROMANTIC was born in 1980 in Weston-super-Mare, England.She loves: graphic novels, sitcoms, Gummy Bears and the music of My Chemical Romance.She hates: hard-boiled eggs, carnivals and coughing.The movies Titanic, My Best Friend's Wedding and Twilight were all based on her ideas, she just didn't get to write them down in time. Before she dies, she would like to go to Japan, try clay-pigeon shooting and own a malamute.C.J has First Class degrees in Creative Writing and Writing for Children and, aside writing kick-ass fiction for ...

View All Books By C.J. Skuse