A funny and heart-breaking novel about a man, Pat, recovering from a mental breakdown that had him incarcerated in a mental institution for 4 years. His one goal is to create the perfect body and mind and win back the wife who left him. Whether he achieves his goals or not the journey he takes and the relationships with his family and friends make for an excellent, enthralling read that will keep you routing for Pat all the way.

The film adaptation of The Silver Linings Playbook has received the following 8 Oscar nominations in 2013.

Robert DeNiro for ACTOR IN A SUPPORTING ROLE

Jacki Weaver for ACTRESS IN A SUPPORTING ROLE

Pat Peoples has a theory that his life is actually a movie produced by God, and that his God-given mission in life is to become emotionally literate, whereupon God will ensure a happy ending - which, for Pat, means the return of his estranged wife Nikki, from whom he's currently having some 'apart time.'

It might not come as any surprise to learn that Pat has spent several years in a mental health facility. When Pat leaves hospital and goes to live with his parents, however, everything seems changed: no one will talk to him about Nikki; his old friends now have families; his beloved football team keep losing; his new therapist seems to be recommending adultery as a form of therapy. And he's being haunted by Kenny G.

There is a silver lining, however, in the form of tragically widowed, physically fit and clinically depressed Tiffany, who offers to act as a go-between for Pat and his wife, if Pat will just agree to perform in this year's Dance Away Depression competition ... 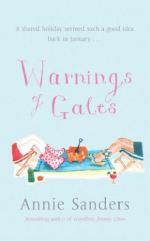 Matthew Quick, 33, is a writer living in Massachusetts. His work has appeared in the Boston Phoenix, Meridian, The Sun, Agni and several other journals. The Silver Linings Playbook is his first novel.

View All Books By Matthew Quick