Part of the Tales of a New Jerusalem Series

Starting with Austerity Britain, volume one, took us from 1945 to 1951 and we rejoin David Kynaston with the second volume of his post-war history of Britain. Family Britain takes us up to 1957; this is history in every riveting detail - from every possible perspective. A large tome at 776 pages but don’t let that put you off; remember your first enthralled reading of say, Harry Potter or Gone with the Wind? Kynaston employs that same compelling narrative drive and is the master of his facts and sources.  This really is developing into one of the best histories of recent times.

As in Austerity Britain, an astonishing array of vivid, intimate and unselfconscious voices drive this narrative. The keen-eyed Nella Last shops assiduously at Barrow Market as austerity and rationing gradually give way to relative abundance; housewife Judy Haines, relishing the detail of suburban life, brings up her children in Chingford; and, the self-absorbed civil servant Henry St John perfects the art of grumbling. These and many other voices give a rich, unsentimental picture of everyday life in the 1950s. We also encounter well-known figures on the way, such as Doris Lessing (joining and later leaving the Communist Party), John Arlott (sticking up on Any Questions? for the rights of homosexuals) and Tiger's Roy of the Rovers (making his goal-scoring debut for Melchester). All this is part of a colourful, unfolding tapestry, in which the great national events - the Tories returning to power, the death of George VI, the Coronation of Queen Elizabeth, the Suez Crisis - jostle alongside everything that gave Britain in the 1950s its distinctive flavour: Butlin's holiday camps, Kenwood food mixers, Hancock's Half-Hour , Ekco television sets, Davy Crockett, skiffle and teddy boys. Deeply researched, David Kynaston's Family Britain offers an unrivalled take on a largely cohesive, ordered, still very hierarchical society gratefully starting to move away from the painful hardships of the 1940s towards domestic ease and affluence. 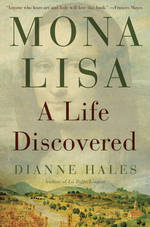 'This wonderful volume is only the first in a series that will take us to 1979 and the election of Margaret Thatcher. When complete, Kynaston's skill in mixing eyewitness accounts and political analysis will surely be one of the greatest and most enduring publishing ventures for generations.' Brian Thompson, Observer

'Even readers who can remember the years Kynaston writes about will find they are continually surprised by the richness and diversity of his material mouth-watering'
John Carey, Sunday Times

'The book is a marvel the level of detail is precise and fascinating'
John Campbell, Sunday Telegraph

'A wonderfully illuminating picture of the way we were'
Roy Hattersley, The Times 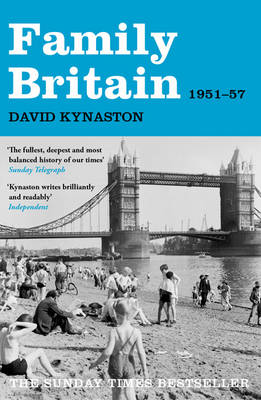 David Kynaston was born in Aldershot in 1951. He has been a professional historian since 1973 and has written fifteen books, including The City of London, a widely acclaimed four-volume history, and W.G.’s Birthday Party, an account of the Gentleman vs. the Players at Lord’s in July 1898. He is currently a visiting professor at Kingston University. Austerity Britain, the first in David Kynaston’s four-part history of Britain from 1945-1979, was published by Bloomsbury to absolutely unprecedented acclaim on 7th May 2007.  Family Britain, published by Bloomsbury in November 2009 and in paperback in May 2010, offers an ...