ALEX MORROW - A Glasgow cop with a nose for social injustice and the dark side of society, DS Alex Morrow is introduced in STILL MIDNIGHT by  Scottish author Denise Mina, whose previous series featured investigative journalist Paddie Meehan and social worker Maureen O’Donnell. Realistic and bleak investigations with a strong footing in today’s reality are Mina’s forte in all her books.

One of Lovereading's favourite authors, Ian Rankin, describes Denise Mina as "one of the most exciting writers to have emerged in Britain for years". Although she has written several novels she has yet to get that big break, but we are hoping that Still Midnight will bring her the recognition she deserves. It certainly kept us gripped.

Life ought to be simple for DI Alex Morrow. She's an up-and-coming Glasgow cop, just about to be presented with the case that could make her career. Her half-brother Danny is also on the up. Unfortunately for her, he's making his name on the other side of the tracks - in the murky shadows of Glasgow's criminal underworld.

Nearby, a peaceful Sunday evening in a suburban neighbourhood is brutally shattered by a vicious attack. A battered van pulls up to the door of an ordinary-looking home and disgorges a group of armed men in balaclavas. They smash into the house, hold the terrified family within at gunpoint and demand millions of pounds. Baffled, the family protest that they don't have that sort of money. As quickly as they came, the attackers snatch the elderly grandfather and storm off into the night.

When DI Morrow arrives she soon realises that there are too many missing links in this seemingly random attack: nothing quite makes sense. Who were the men? And why did they think this normal household concealed untold riches? The family is certainly not talking and as Morrow starts to delve deeper, she realises that there are dark secrets all around...

As she searches for answers to one family's secrets, she must protect her own. Can she keep her bosses in the dark about her criminal brother? Or is something going to have to give? 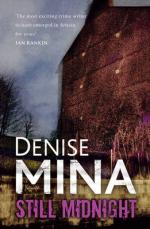 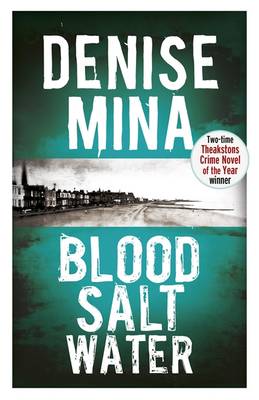