Longlisted for the Desmond Elliott Prize 2010.

The Desmond Elliott Prize is an annual award for a first novel written in English and published in the UK. Worth £10,000 to the winner, the prize is named after the literary agent and publisher, Desmond Elliott. Click here to find out more.

A superb novel from a great new talent. The story unfolds told from the different perspectives of each family member and from Alice’s “Ghost”. Unloved by her mother and at a disadvantage in the family from the start Alice’s ‘possession’ leads to more and more turmoil and tragedy, with Alice herself not truly understanding what is happening to her. Each character is fascinating and the descriptions of Hong Kong and the family’s life there are vivid. This is a wonderful book and highly recommended.

Click the screen below to watch a video of Anne Berry discussing The Hungry Ghosts.

A novel for those who loved Behind the Scenes at the Museum, The Poisonwood Bible and The Lovely Bones.

Raped then murdered in Japanese occupied Hong Kong, 1942, Lin Shui’s ‘Hungry Ghost’ clings tenaciously to life. Holing up in a hospital morgue, destined to become a school, just in time she finds a host off whom to feed. It is 12-year-old Alice Safford, the deeply-troubled daughter of a leading figure in government. The parasitic ghost follows her to her home on the Peak. There, the lethal mix of the two, embroiled in the family’s web of dark secrets and desperate lies, unleashes chaos. All this unfolds against a background of colonial unrest, riots, extremes of weather and the countdown to the return of the colony to China. As successive tragedies engulf Alice, her ghostly entourage swells alarmingly. She flees to England, then France, in a bid to escape the past, only to find her portable ‘Hungry Ghosts’ have accompanied her. It seems the peace she longs for is to prove far more elusive that she could ever have imagined. The Hungy Ghosts is a remarkable tour-de-force of the imagination, full of instantly memorable characters whose lives intermesh and boil over in a cauldron of domestic mayhem, unleashing unworldly spirits into the troubled air.

Anne Berry was born in London in 1956, then spent much of her infancy in Aden, before moving on to Hong Kong at the age of six, where she was educated, first at Little Peak School, then Big Peak School, finally at the Island School, where she completed her A levels. She worked for a short period as a journalist for the South China Morning Post, before returning to Britain. After completing a three-year acting course at the Guildford School of Acting, and attaining LAMDA diplomas with honours in acting, teaching and speech therapy, she embarked on a career in theatre. She played pantomime to Shakespeare, and everything in between, shuttling around regional theatres. Most memorable were seasons spent at Theatre Clwyd Wales, Theatre Royal Windsor and Regents Park Open Air Theatre.

Waylaid by love and marriage, Anne and her husband settled in Surrey with their four children. In 1992 they moved to their present home in the village of Bookham. Here Anne founded a small drama school, running it for over ten years. Throughout this period she wrote over thirty plays, performed by the pupils of the school.

Anne's first love is writing, and it is now her full-time occupation. She remembers loving nothing so well as being given an imaginative composition for English homework at Peak School in Hong Kong. Coming a close second is theatre, with an unbridled passion for Shakespeare. She is an art lover, with Vermeer and Caravaggio being particular favourites. Anne is also a keen swimmer and walker. She has had undiminished support from her family in her writing career.

More About Anne Berry
Add To Wishlist
Buy from our bookstore and 25% of the cover price will be given to a school of your choice to buy more books. 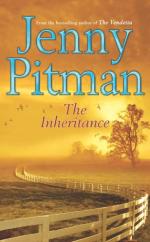