How Could He Do It?

LoveReading Expert Review of How Could He Do It?

A true story of a mother discovering the husband she was devoted to had been abusing their 15 year old daughter since she was ten. Honest, intelligent and painful this is a terrible story but shows the strength of a mothers love and how a family can rebuild itself from such terrible abuse.

How Could He Do It? Synopsis

'In many ways we were an ordinary family: mum, dad, two kids, three dogs, one rabbit, two guinea pigs. I stayed at home, studying with the Open University, and dad worked, and the kids went to private schools. We lived in a rather nice semi in a rather nice area of Edinburgh, with a rather nice Volvo in the drive, and took rather nice holidays, wearing rather nice clothes. I loved Daniel deeply and I thought - no, I was sure - he loved me deeply, too. And we both loved our kids deeply (I thought). And that was as it should be. We had it made. In some ways we weren't a completely ordinary family. There was Daniel, for one; he worked for most of the time we were married as a ship's engineer, and so he was away from home for up to four months and then home on leave for up to two. And Tamsin, our fifteen-year-old daughter, had specific learning difficulties. But I'm pretty ordinary: an unlikely heroine. I am disabled because of back problems. I'm pretty fat - I've put on a lot of weight through lack of exercise and, yes, comfort-eating! Not the stuff of movies. But I never for a moment dreamt that my family was all that extraordinary - until that day when Tamsin broke down and told me that her father, my loving husband, had been sexually abusing her.'

What To Read After How Could He Do It? 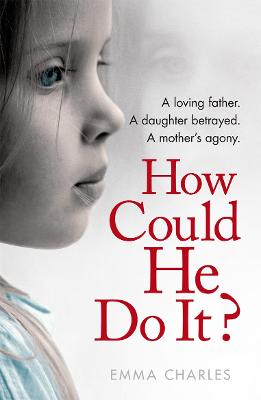 Emma Charles was born and raised in Edinburgh. She was married in 1978 and her two children were born in 1981 and 1983. In 1999 she was awarded an MSc in philosophy from the University of Edinburgh. She has most recently worked in advocacy for older people, and in higher education. She now lives in Cumbria.