LoveReading View on The Lieutenant

Following the success of The Secret River, Grenville's latest novel is a story loosely based on fact, following the young Daniel Rooke travelling to Australia to set up an observatory. Rooke has been trying to find his place in society and when he starts to integrate with the Aborigines feels he has found something worthwhile at last. However, this is still a time where his loyalties will be tested. Beautifully written, with evocative descriptive prose, perfect for any reading group.

Click the screen below to view a video of Kate Grenville talking about The Lieutenant.

As a boy, Daniel Rooke was always an outsider. At school he learned to hide his clever thoughts from his cruel peers; at home his parents were bemused by their bookish son. Daniel could only hope – against all the evidence – that he would one day find his place in life. By 1788, Daniel has become Lieutenant Rooke, astronomer with the First Fleet as it lands on the unknown shores of New South Wales. As the newcomers struggle to establish a settlement for themselves and their cargo of convicts, and attempts are made to communicate with those who already inhabit this land, Rooke sets up his observatory to chart the stars. But the place where they have landed will prove far more revelatory than the night sky. Out on his isolated point, Rooke comes to know the local Aboriginal people, and forges a remarkable connection with one child, which will change his life in ways he never imagined. Based on real events, Kate Grenville’s stunning new novel conveys the poignancy and emotional power of an extraordinary friendship, and how through it a man might find himself: a story that resonates across the oceans and across the centuries. 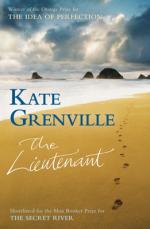 Kate Grenville was born in Sydney. Her most recent novel, The Idea of Perfection, won the Orange Prize for Fiction and became a long-running bestseller. Her five other works of fiction have won numerous awards. Kate Grenville lives in Sydney with her family.   Fellow novelist ANNE BERRY on KATE GRENVILLE Quite honestly words fail me when it comes to Kate Grenville’s Secret River. It stands alone. It is exemplary. We are whisked away from England in the company of convicted criminal William Thornhill and his wife, Sal, to a convict colony in Sydney, Australia. It is there ... 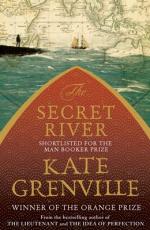