With one of the best opening pages to a book you’ll ever read this electrifying debut thriller will leave you gasping for breath. Reminiscent to the writing of Harlan Coben but Tom Bale is British and Skin and Bones is set in Sussex. A nightmare awaits a Sussex village when early one morning a deranged man goes on the rampage leaving only one witness, a woman fighting for her life and only she knows what really happened. This wonderful plot that is fast-paced and violent with conspiracies and counter conspiracies and twists and turns unfolding at breath-taking speed, you’ll find it completely unputdownable.

On a cold January morning, a nightmare awaits in a small Sussex village. A deranged young man goes on the rampage, shooting everyone in his path before taking his own life. It is a senseless, tragic event, but sadly not an unfamiliar one.

At least, that's what everyone thinks.

Only Julia Trent – believed to be the sole survivor – knows that there was a second man involved. But after being shot and badly injured, her account of the massacre is ignored.

But she cannot let it rest there. Together with Craig Walker, the journalist son of one of the victims, Julia sets out to find the truth. As they peel back the layers of a dark and dangerous conspiracy, they discover the slaughter didn't begin on that bitter day in January. And worst of all, it won't end there…

What To Read After Skin and Bones 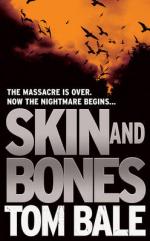 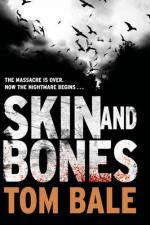 Tom Bale has worked as a retail assistant, claims negotiator, office manager, business analyst, freelance consultant and househusband. He now writes full-time and lives with his family in Brighton.

View All Books By Tom Bale