Part of the JASON BOURNE Series

If you are a fan of the Jason Bourne films then this thriller will suit you down to the ground. In picking up the stories Lustbader has gone more for the Jason Bourne made popular by Matt Damon rather than the older Bourne of the Ludlum stories but this is still a great action thriller with espionage and plot twists galore.

Jason Bourne takes a mission to rescue his only friend in the CIA, Martin Lindros, who disappeared in Africa while tracking shipments of yellowcake uranium.

Once safely back in America, Lindros persuades Bourne to help track the money trail of terrorists buying the nuclear material. Bourne agrees - but soon suffers from confusing flashbacks of unfamiliar places and events. Is someone brainwashing him in order to throw him off the trail?

Worse still, is the man he saved really Martin Lindros? Now Bourne is on his own - gathering evidence, while trying to stay one step ahead of the terrorists who are determined to destroy the USA . . .

What To Read After Robert Ludlum's The Bourne Betrayal 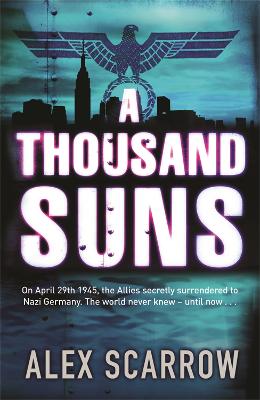