LoveReading View on The Almost Moon

Alice Sebold’s second novel is as moving and beautifully written as her first, The Lovely Bones. She takes some very sad and disturbing subject matter and writes about it in a way that completely captivates the reader. This is a story of mental illness and how difficult relationships can be under these circumstances, torn between love and hate, devotion and resentment. An engrossing novel, movingly told.

A woman steps over the line into the unthinkable in this searing portrait of a to-the-death struggle between a mother and a daughter.

Clair Knightly and her daughter Helen are locked in a relationship so unrelenting that it has sucked the air out of both of their lives. And as this electrifying novel opens, Helen crosses a boundary she never dreamt she would even approach. But while her act is almost unconscious, it also seems like the fulfillment of a lifetime's buried desire.

Over the next twenty-four hours, Helen's life rushes in at her as she confronts the choices that have brought her to this crossroads. A woman who has spent a lifetime trying to win the love of a mother who had none to spare, she now faces an uncertain and dangerous freedom.

In The Almost Moon, Sebold explores the complex ties within families, the meaning of devotion and the fragility of the boundary that separates us from our darkest impulses. This is an unforgettable novel, a raw and powerful story, written with the clarity and insight that only Alice Sebold can bring to the page. 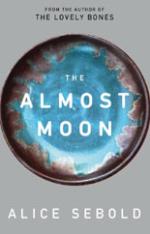 Alice Sebold is the author of the memoir Lucky. She has been chosen by the Village Voice as a Writer on the Verge and has written for the New York Times and the Chicago Tribune. She lives in California with her husband, Glen David Gold.Photograph Â© Jerry Bauer 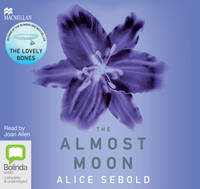 View All Books By Alice Sebold