Harry Bosch is back, believing he missed a clue thirteen years ago and is therefore partly responsible for what is happening now.  What a fabulous character this man is and, in a tale of red herrings, lies, the power of money and the deception of the suspect, he just gets better.  Slow to start, this builds to a truly gripping read.  First rate stuff.

In 1993, Harry Bosch was assigned the case of a missing person, Marie Gesto. The young woman was never found - dead or alive - and the case has haunted Bosch ever since.

Thirteen years later Bosch is in the Open-Unsolved Unit, where he still keeps the Gesto file on his desk, when he gets a call from the DA's office. A man accused of two heinous killings is willing to come clean in regard to several other murders in a deal to avoid the death penalty. One of those murders, he says, is the killing of Marie Gesto. In confirming the confession Bosch must get close to the man he has sought - and hated - for thirteen years.

Bosch's whole being as a cop begins to crack when he comes to realise that he and his partner missed a clue back in 1993 which could have led them to Waits and would have stopped the nine murders that followed the killing of Marie Gesto...

'Connelly's plots are never straightforward, and he keeps us guessing until the exciting and bitter conclusion to this latest episode in a splendid series.'
Susanna Yager, SUNDAY TELEGRAPH

'This is Connelly doing what he does best: delivering a beautifully structured, richly atmospheric crime novel.' Barry Forshaw, EXPRESS

'This is LA Noir brought up to date. ... Connelly, the best in the hard-boiled business right now, sets the whole thing up slowly and magnificently until it explodes.' Allan Laing, THE HERALD

Michael Connelly is a former police reporter for the LOS ANGELES TIMES and the international bestselling author of the Harry Bosch thriller series.  He is the author of several standalones, including the highly acclaimed legal thriller, THE LINCOLN LAWYER, which was selected for the Richard & Judy Book Club. BOSCH, the TV series based on Michael's novels, is the most watched original series on Amazon Prime Instant Video and has just been commissioned for a second series. His novel Blood Work was adapted into a film in 2002 with a screenplay by Brian Helgeland and direction by Clint Eastwood, who also played the lead role. Connelly's novel The Lincoln Lawyer was made into a film in 2011, with Matthew McConaughey playing defense lawyer Michael "Mickey" Haller. He occasionally makes guest appearances as himself in the ABC comedy/drama TV series Castle.

More About Michael Connelly
Add To Wishlist
Buy from our bookstore and 25% of the cover price will be given to a school of your choice to buy more books. 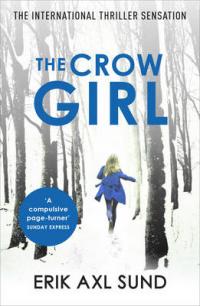 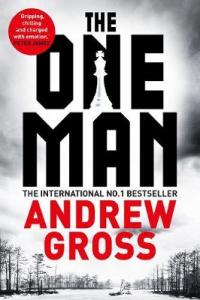 The Ways of the Dead