A tale of two women, left vulnerable by the ever present and invisible threat of both the plague and the Witch trials in the 1600s.

A tale of two women, left vulnerable by the ever present and invisible threat of both the plague and the Witch trials in the 1600s. ‘The Blighted Road’ by Anna McCormac is a historical novel that uses the true events of the 17th century with additional embellishments to full effect to tell the story of Orla, a young midwife accused of witchcraft and Abigail, an orphan of the plague. A story of two strong women who endure and survive against the odds, I think that this story would be enjoyed by fans of historical fiction. I have to say reading a story of the plague in the 17th Century felt rather uncanny considering our own more recent plague times and I wondered as I read whether inspiration from the clergy death counts shared by Abigail’s mother early in the story were inspired by our own bulletins or a mildly terrifying repeating of history. With attempts to use language you’d associate with the time (although I did think “‘Twas” meant “it was” not “I was” as it is sometimes used) the backdrop to Abigail and Orla’s story is well constructed, I felt the tension and the horror at the graveyard, the dread experienced as superstition reigned in Essex and the companionship as the two main characters meet and bond. Without spoilers, the story ends on a subtly foreboding note and I would be interested in reading the next book in the series to see what happens to Abigail next.

The Blighted Road, a 17th century story of two women surviving plague and witch hunts, is a histor-ical novel written to excite the imagination and spirit of adventure in young and older adults. The nov-el is historically accurate, with fictional embellishment for interest and ease of reading. The Blighted Road is different to other novels in this genre because the story blends the tragic tale of plague victims with those accused and murdered as Witches. Correlation is drawn between ingesting grain blighted with the ergot fungus (ergot contains natural toxins that are derived from lysergic acid, the same substance used in the manufacture of Lysergic Acid Diethylamide - “LSD”) and the poison-ing of communities. A common symptom of ergotism, the long term poisoning from the grain, in-cludes vivid hallucinations of witch-related behaviours, and the occurrence of mysterious deaths in-volving ailments such as spasms and rot. The characters in The Blighted Road theorise that ingestion of low levels of ergot weakens the immune system, allowing plague to ravish the population for cen-turies. The Blighted Road tells the harrowing journey and survival of two women, Orla Warner-Bones, a re-nowned Wise woman, and Mid-wife in a rural English town, and Abigail, a young Londoner who loses her family in the Great Plague of 1666. The separate tales of these women weaves in and out as they ultimately reach a time and place where they are united by grief, loss and an uncanny will to survive. Orla and her sisters grow increasingly concerned as a wave of stillbirths and deadly sickness afflict their community, and the superstitious local people suspect that these tragic events are the actions of the Devil. Working alongside Orla is her husband, Abraham Bones, a trusted physician and Apothecary of the time, and his brooding, mysterious brother William, who is a Surgeon. Abraham begins investigating past plague outbreaks through local church archives. He makes a pro-found discovery, correlating weather patterns with the appearance of a purple fungus growing on the local crops, which causes flour made from the grain to be contaminated with a deadly toxin. Abraham also links the blighted grain to deaths in his village. Abraham’s public declaration of these theories ultimately leads to accusations of heresy. Simultaneously, all the hardships of the village are blamed on Orla and her sisters, as they are accused of consorting with the Devil and of being Witches, poi-soning their patients instead of helping them. The Warner sisters and the Bones brothers are sentenced to hang, and Orla, to ordeal by water. Fortunately, a few members of the community take pity on Orla, and assist in her escape. Meanwhile, Abigail Midwinter is the daughter of a London smith, who witnesses daily horrors as London succumbs to the great plague. Her dying mother gives Abigail a herbal syrup to ward off the pestilence. Tragically, Abigail loses her father to plague as well. Now orphaned, she flees London to make her way to her aunt in Salisbury. Abigail quickly discovers that the plague road to Salisbury is fraught with danger and despair. At last Abigail arrives at her aunt’s house only to be driven away, her life and wit barely unscathed. Abigail is found by Orla, traumatised, beaten and starving. The two decide to share their travails, and Orla commences teaching Abigail the ways of the Wise woman. A few years pass, and Abigail has grown into a beautiful young woman and Mid-wife apprenticed to Orla. The Puritan movement has taken strong root in the countryside, and Orla is confronted by inner conflict when the local Preacher’s son takes notice of Abigail. Orla’s doubting trust of the young man is justified when he is caught by Abigail partaking in a horrif-ic act of murder. The Preacher’s son frames Abigail, who is damned as a Witch. Before Abigail must endure the same interrogation and trials that Orla narrowly escaped years prior, Orla steals away in the night with Abigail. They arrive in Weymouth where Orla, with heavy heart, entrusts Abigail to a Puritan couple who are heavily pregnant and fleeing religious prosecution, and are making a new life in Salam. Orla leaves all her herbal supplies and medical diaries with Abigail and makes the heart-breaking deci-sion that Abigail must flee for the New World without her . Orla grieves the loss of Abigail as she aimlessly wonders the streets of Weymouth. Uncertain about where her road in life should now take her, she enters an Apothecary store to replenish her stock of herbal curatives. Orla discovers that, incredibly, the proprietor is no other than her beloved Abraham, whom she thought hung during the witch trial years before.The story ends with husband and wife re-united, and Abigail on a ship bound for a new life in Salem. The story of Abigail continues in a sequel novel taking place in Salem, where she will eventually be involved in the Witch trials there.

What To Read After The Blighted Road 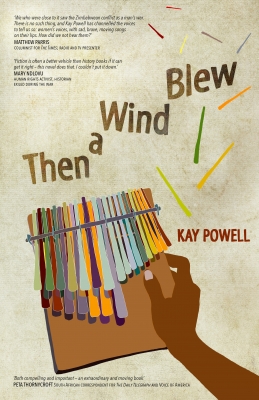 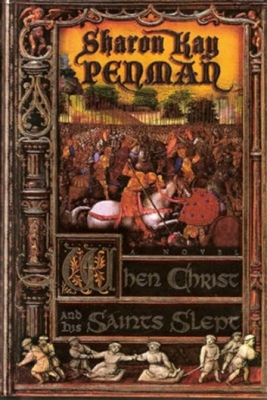 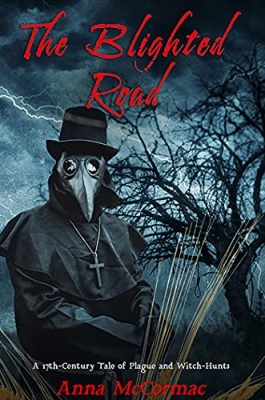 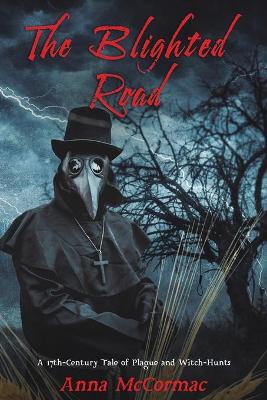 View All Books By Anna McCormac