The Measure of Time

Part of the Guido Guerrieri Series

LoveReading View on The Measure of Time

Deceptively simple and thought-provoking, Gianrico Carofiglio’s The Measure of Time is a compelling trial tale shot-through with the distinctly contemplative personality of its flawed, charismatic protagonist, defence attorney Guerrieri.

“Time accelerates with age, they say. The thought wasn’t a new one, but that day it had been bouncing around unpleasantly.” So observes Guerrieri on the very day he comes face to face with the passage of time when a lover from his past asks him to represent her son. Their relationship ended decades ago, abruptly, when she simply stopped contacting him. Back then, Lorenza was stunning and offered him an enigmatic glimpse into the possibilities of living a bohemian life. “The encounter between Lorenza and me changed my life. I’m sure it didn’t change hers,” he recalls in typically reflective, shrug-of-the-shoulders style. “She had been my involuntary mentor, the woman who had distractedly accompanied me through a metaphorical wood for a few months.”

When Lorenza unexpectedly reappears, Guerrieri is shocked by how much she’s aged, and it’s now her who needs him. Her son Iacopo has been convicted of murdering a local drug dealer, and the lawyer representing his appeal has recently died. What’s more, there’s evidence to suggest the lawyer didn’t do all he could to defend Iacopo in the original trial. Though not entirely convinced of his innocence, Guerrieri takes on the case, with meticulous attention to the philosophical fundaments of the justice system while also contemplating his youth and formative relationship with Lorenza. I was utterly gripped by the intricacies of the trial and by Guerrieri’s personal realisations - this is crime fiction at its most captivating.

The Measure of Time Synopsis

One spring afternoon, defence attorney Guerrieri is confronted with an unexpected spectre from his past. In her youth, Lorenza had been a beautiful and unpredictable girl with dazzling charm. A changed woman faces him in his office that day. The ensuing years have ravaged her appearance and embittered her mind. As if that weren't enough, her son Jacopo, a small-time delinquent, stands convicted of the first-degree murder of a local drug dealer. Her trial lawyer has died, so, for the appeal, she turns to Guerrieri as her last hope. Guido is not convinced of the innocence of Lorenza's son, nor does he have fond memories of the way their relationship ended two decades earlier. Nevertheless, he accepts the case; perhaps to pay a melancholy homage to the ghosts of his youth. His old friend Carmelo Tancredi, a retired police inspector, and his girlfriend, the charming investigator Annapaola Doria are once again by his side. A masterful, compassionate novel, striking a balance between a straightforward trial story -some say the purest distillation of human experience - and the sad notes of time as it passes and exhausts itself. 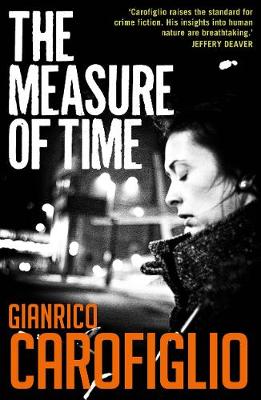 Gianrico Carofiglio is now a full time novelist. He was previously a member of the Senate in Italy and before that, an anti-Mafia prosecutor in Bari, a port on the coast of Puglia. He has been involved with trials concerning corruption, organized crime and the traffic in human beings. He is a best-selling author of crime novels, literary fiction and recently authored a graphic novel illustrated by his brother.

View All Books By Gianrico Carofiglio