Sharp, clever, and intimate, this is a beautifully written novel about a prisoner due for release from an open prison in Brixton.

A really intelligent, intimate, and ultimately human story awaits in this fabulous crime novel. Within a few months, Rob is due for release from an open prison in Brixton, when he meets a woman while out on day release, he is determined to hide his background from her yet there are desperate secrets on both sides. This is such a beautifully written novel from Lottie Moggach, for a dark novel it is vibrant, almost visual in effect. It feels real, as though this could be happening somewhere close by, right now. There was an immediate sense of place when I started to read, the run of Brixton Hill from the prison to the charity shop where Rob works comes alive. I felt a palpable connection to the characters, even those just appearing for a few pages. The suspense is exquisitely handled, while the atmosphere of the prison keeps pace with the turmoil in Rob’s mind. As the story neared its conclusion the heightened tension pulsated from the page through to my fingertips. Brixton Hill is an absolute gem, and is both a Liz Pick of the Month and Star Book too. Loved it, I really really loved it.

As Rob reaches the end of a seven year stretch inside, he winds up in an open prison in Brixton. Each morning, he exits the prison gates and begins the short walk to a local charity shop, where he spends the day in the backroom sorting through other people's discarded belongings. All he needs to do is keep his nose out of trouble and in just a few months' time, he'll be out for good.

One morning in the bustle of commuters on Brixton Hill, Rob notices a well-dressed woman trip over. He helps her up and they exchange a few words before parting ways, but she's made a lasting impression on him. From that day on, Rob keeps an eye out for her - and always seems to get lucky with a sighting. Despite coming from very different worlds, the pair slowly become acquainted and Rob gets increasingly desperate to hide his current residence from her.

But who exactly is this woman who seems to have a growing interest in him? Rob must be very careful - one false step and it could set him back years . . .

Brixton Hill is a teasing study of desperate lives delivered in a series of charged encounters on the streets of south London. Nail-biting in its execution, award-winning author Lottie Moggach ratchets up the tension, taking us behind the prison walls and into a world in which no one is quite who they seem. 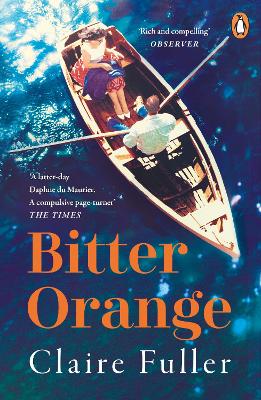 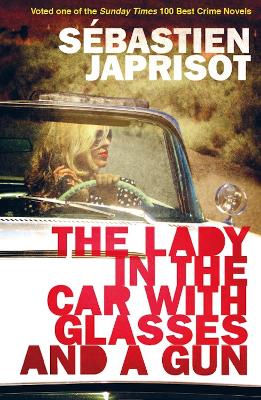 Brixton Hill shares the confident sheen of its predecessors and offers [Moggach's] most accomplished plot yet . . . The greatest pleasure is to be had in Moggach's spot-on descriptions of south London's architecture . . . And, like all the best storytellers, Moggach knows how to choreograph an ending. - the Observer

This novel captures the tedium, paranoia and fear that prison breeds ... This story is full of compassion and is written with a realism that makes it both convincing and involving. - Literary Review

In this taut tale of deception, Lottie Moggach not only manages to paint a fascinating picture of prison life, she delivers well-rounded characters for us to believe in. A triumph. - Women's Weekly magazine

A brilliant read . . . I loved how the protagonists' back stories weren't revealed until later into the story, which creates creeping tension. - Prima magazine

I was soon pulled right into the novel's tight, twisting plot that never relaxes its hold. The prison scenes are extraordinarily well drawn, as are the characters, and in particular the main protagonist's fear of been pulled into a situation which could jeopardize his desperately-sought release. A first-rate and very original novel. - CJ Sansom

Lottie Moggach is a journalist who has written for The Times, Financial Times, Time Out, Elle, GQ and The London Paper. She lives in north London. Kiss Me First is her first novel.

View All Books By Lottie Moggach